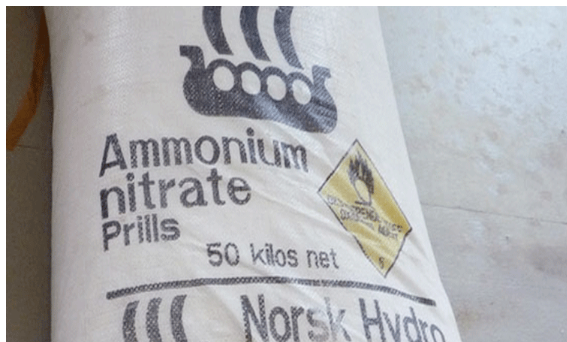 Lucknow, April 17 : The Uttar Pradesh police and the the SWAT ( Special Weapons, and Tactics) team on Wednesday recovered a huge quantity of explosives from the roof of a house in a village in Banda district.

The explosives included two quintals of ammonium nitrate, 200 detonators and 1,200 gelatin rods. These were found in a village in Nareni area.

Two persons have been arrested so far by the police and further investigation is under way. Senior Uttar Pradesh police officers and SWAT teams are present on the spot.

“We are looking into how such a massive quantity of explosive could have been brought to the village. It is a clear intelligence failure. It is also clear that the explosives were not locally procured, but have been brought in from elsewhere,” said a senior police officer.

Prime Minister Narendra Modi is due in the Banda on April 25 to address an election rally.

Banda will go to the polls in the fifth phase on May 6. It is an important seat in the Bundelkhand region.