New Delhi , 10 Dec : Former IAS officer and Social activist Harsh Mander has said that he will officially register as a Muslim in protest against the Citizenship Amendment Bill.

“I will finally demand the same punishment as any undocumented Muslim- detention centre & withdrawn citizenship.  Join this civil disobedience,” he said in a tweet.

The Lok Sabha, in a late night sitting on Monday 9 December, passed the Citizenship Amendment Bill amidst a vote of 311 in its favour and 80 against it out of 391 members who were present and voting.

Mander previously worked in the Indian Administrative Service, serving in Madhya Pradesh and Chhattisgarh for almost two decades. After 22 years in service, Mander officially quit the IAS claiming that he was troubled by the post-Godhra riots in Gujarat

Mander said the Citizenship Amendment Bill and National NRC would revive “memories and anxieties of the partition”.

Leave aside the politics and the legality questions for a moment. Just the lack of compassion about what are you doing to millions of our poorest people. how can the state create something like a catastrophy which does not seem to have any end.

“BJP’s game plan will be to first create a pathway for protecting people of every other religious identity except Muslims through the CAB and then have national NRC. Effectively what you are saying is there is a going to be a national NRC for Muslims. That is destructive of everything that we believe in as Indians,” he told Sada Times

Mander accused the BJP of carrying out the national NRC for only Muslims after protecting those from other communities through the CAB.Mander currently serves as the director at the Centre for Equity Studies, a ‘think tank’ founded by him that claims to focuses on public policy for the poor.

Earlier this year, Supreme Court had dismissed an application filed by Mander seeking the recusal of Chief Justice of India Ranjan Gogoi from the case related to the treatment of inmates in Assam’s detention centres.

Mander had moved Supreme Court citing what he claimed was the deplorable conditions of Assam’s Detention Camps.

Assam runs detention camps to house people who have been declared foreigners by Foreigners’ Tribunals pending deportation or bail. Presently there are six detention camps operating out of makeshift facilities in local prisons in Dhibrugarh, Jorhat, Goalpara, Silchar, Tezpur and Kokrajhar. 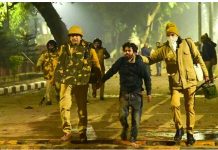 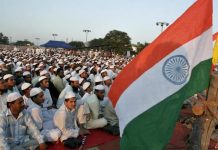 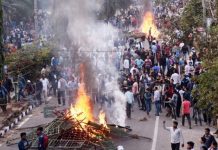