New Delhi : R.L. Stine never imagined he’d carve out a successful future for himself by writing a horror book series, which he started by accident. The “Goosebumps” creator says he is proud of spreading chills and thrills among children, and helping youngsters develop a reading habit.

Born as Robert Lawrence Stine, he started writing when he was 9 and has been penning down his creative thoughts since then. Back in the early 1990s, he resisted the idea of writing “Goosebumps”, which is now one of the best-selling children’s series of all-time, because he already had “Fear Street”, a horror book series for adults, to his credit.

Stine only agreed to go for it with the right name and zeroed in on “Goosebumps”, in which he merged the world of horror with humour. The first edition of “Goosebumps”, which brings supernatural beings to life to haunt children, came out in 1992.

“I never dreamed that these books would be so popular. And I never imagined the ‘Goosebumps’ series would last 26 years. What I’ve learned is that kids really like to be scared! (As long as there is a happy ending),” said Stine, who is also referred to as Stephen King of Children’s Literature.

It has been a long road for the franchise. Since 1992, the “Goosebumps” franchise has expanded its universe. The adventurous world came to life on the big screen with two feature films — “Goosebumps”, which was aired in India on &flix, and “Goosebumps 2”, which will premiere on the channel later this year.

What do you think makes the franchise timeless?

“I don’t know if they are timeless or not. But I do know that our fears never change. Fear of the dark… Fear of strange places… Fear of being pursued by someone or something… Those fears seem to be timeless,” said the 75-year-old.

Talking about his influences, Stine said: “I’m still influenced by the comic books I read as a kid. By authors such as Ray Bradbury, Isaac Asimov and Rod Serling. Your heroes and influences stay with you.”

He asserted that he works really hard at “keeping up with kids and what interests them”.

“All of my books start with real-world settings and events — and then the plot goes crazy,” said the author, adding that “some of my early readers are 30 or 35 years old. To them, I am nostalgia! That took some getting used to”.

In the “Goosebumps” film franchise, actor Jack Black essays role of Stine. But what about a film on your life?

He was quick to dismiss the idea by saying, “My life story would be someone sitting in a room and typing every day, year after year. Who would want to see a movie like that?”

Back to the book franchise, Stine, who is also a television producer, editor and screenwriter, feels there are still many untold stories from the “Goosebumps” universe.

“I just signed on for six more ‘Goosebumps’ books. That should keep me busy. I’m also writing a series of graphic novels for kids. Fun.”

(Sugandha Rawal can be contacted at sugandha.r@ians.in) 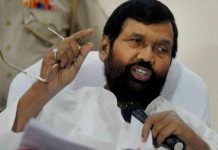 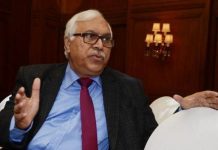 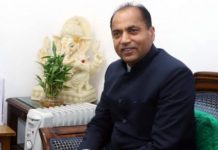