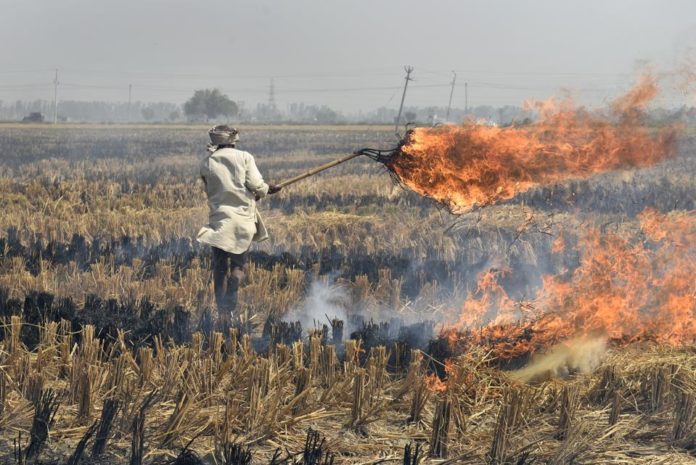 Chandigarh: Punjab Chief Minister Amarinder Singh on Friday ordered the Agriculture Department to work out the modalities for implementation of the Supreme Court order on providing financial assistance to small and marginal farmers in order to check paddy straw burning.

At the same time, the Chief Minister also ordered stringent action against those found violating the ban on stubble burning, in line with the apex court”s directives on penalisation of the erring farmers.

The Chief Minister chaired a high-level meeting to discuss the implications of the apex court orders.

He stressed that the Central government would have to support the state for a permanent resolution of the problem.

Farmers, who had refrained from burning paddy straw despite the financial problems they were facing, needed to be incentivised and encouraged, said Amarinder Singh, asking the Agriculture and Finance Departments to take immediate steps to ensure the implementation of the court orders.

The Chief Minister also asked the Police Department to crack down on all offending farmers and identify those who needed to be penalised for indulging in burning of paddy straw, which had contributed to the severe air pollution in the state and neighbouring regions.

The meeting was informed that more than 900 first information reports (FIR) were registered against the farmers, mostly in Muktsar Sahib and Bathinda districts, with some cases reported in the Sangrur district.