Muharram is first month of the Islamic New Year. This month holds special place for the Muslims all over the world due to killing of Imam Husain in the battle of Karbala (Iraq) on the 10th day of Muharram. Husain was grandson of Prophet Muhammad (PBUH) and son of Caliph Ali. Muslims mourns the first 10 days of Muharram month and this mourning is observed in different ways in different parts of the world.

However, in a sleepy village of Tamil of Tamil Nadu Muharram is observed as ‘Allah Festival’ by the Hindu residents with equal fervor as Muslim brethren do so in other places of the world.

The residents of Kasanadu Pudu, in Thanjavur district who are predominantly Hindus except for a handful of MusliMs, start preparation for the festival ten days in advance. They clean the vicinity of the Allah temple (Koil) near the public square of the village. They paint and decorate the Koil with new green flags, flowers and decorative lights.

On the eve of Muharram, the Hindu women of the village take out a procession from each street and that ends at ‘Allah Koil.’  They carry a large pot filled with sweetened water atop their heads with a small pot over the larger pot that has puffed rice and jiggery inside.  Members of the Muslim families also conduct some rituals and offer puffed rice and jaggery to the Allah Koil.

While women take out the procession with pots, the men of the village take out another procession with hand symbol with five fingers, tied to a pole and call it “Five finger Allah.” This is followed some caring four, three, two and single finger symbols. This procession wades through the entire village and reaches the ‘Allah Koil’ in the end.

As the procession proceeds through the village streets, residents pay obeisance to the hand symbols from their houses and those who make vows offer garlands made of lemon and silk towels to the symbols.

The procession ends on the 10th Muharram and those holding the finger symbols and those making vows, observe a fire-walk ritual by walking bare foot on the burning fire.

With this activity, the festival comes to a close and the finger symbols are deposited at the Allah Koil.  It will be taken out again next year for the Allah festival on the eve of Muharram.

The tradition of the ‘Allah festival’ celebration is quite ancient. A legend has it that some villagers of Kasanadu Pudu saw a light in the flowing water of Pudhu Aaru River which passes near the village. A resident found a hand symbol with five fingers made of metal. Later, he had a dream in which a Muslim saint told him that he would be residing in this village to bestow his blessings to the villagers.

As such this became the reason for ‘Allah festival’ that is celebrated every year beginning from the first day of Muharram and concluded on the 10th day of Muharram.

M Singaravel, a native of the village who works as a health inspector with the health department said, ‘Allah festival’ is a faith based festival celebrated by the Hindu residents of Kasanadu Pudu village from centuries. There is an emotional attachment to the festival as many people’s vows being getting fulfilled in this festival.

“I had vowed to offer a silk shawl, if my daughter got a seat in the desired course,” Singaravel said adding his wish was granted.

Apart from Kasanadu Pudu village ‘Allah festival’ is also celebrated in a few other villages including Ko Vallundampattu near Thanjavur. The most fascinating part of this festival is the excitement with which Hindu families start preparation for the festival.  The natives of the village working elsewhere in various places make it a point to come to their village especially for attending the celebration of ‘Allah festival.’

This is a remarkable story of the survival of little tradition in the country, at a time when the great tradition of Hindutva is bulldozing all other tradition under the juggernaut of ‘Jai Sri Ram.’  This ‘little tradition’ of syncretic culture upholds the liberal values of Hinduism and maintains the communal harmony of the country. 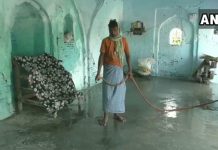 Hindu villagers protect Mosque in this village of Bihar 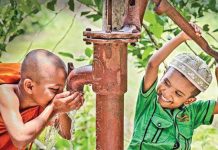 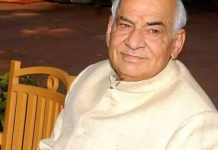 Madanlal Khurrana will go in Okhla’s memory as an aggressor