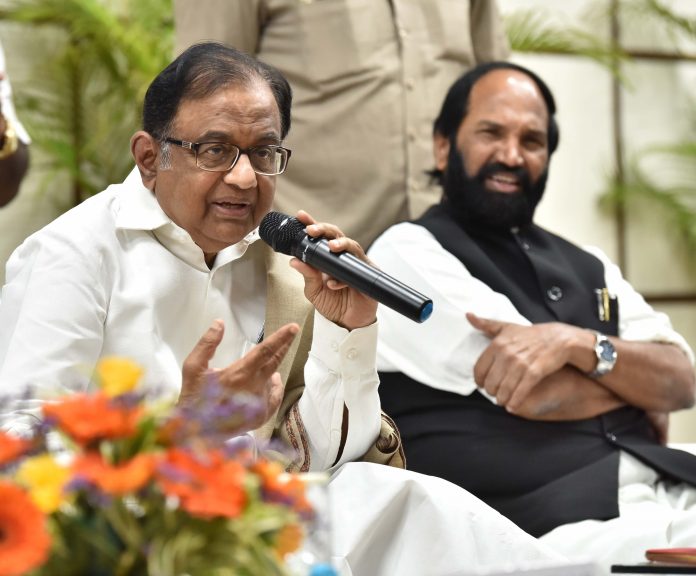 The Economy of India, the world’s largest democracy with over 1.2 billion population, is currently the fifth largest in the world.The Bharatiya Janata Party government lead by Narendra Modi, said India will be a 5 trillion dollar economy by 2024.However, the recently presented Union Budget Of India, and gaps in expenditure versus spending suggest that claims and actions don’t converge idea, or say the former Finance Minister of India says.

Hyderabad, February 8: The idea of India becoming a 5 trillion dollar economy by 2024 is far-fetched, says the Former Finance Minister of India Mr. P. Chidambaram. Presenting a perspective on the ‘State of Indian Economy’ at Muffakham Jah College of Engineering and Technology in Hyderabad on Saturday, exactly a week after the incumbent Finance Minister of the BJP-led government Mrs Nirmala Sitharam presented the Union Budget of India, the 74 year politician said the new budget shatters all hope of development, and shuns progress. He even termed it the ‘most anti-poor budget in the history of India’.

According to Mr Chidambaram, who was at the helm of affairs for a decade as the Finance Ministry in the Congress-led government, “the decline in India’s GDP for six successive quarters is unprecedented. This has never ever happened in the history of India”, he said.

It was government’s blunders that crippled the economy, he said, blaming demonetization as the biggest blunder followed by tax terrorism in the name of flawed ‘GST (Goods and Services Tax). The Minister pointed out even expenditure from government’s welfare schemes including for women, children, nutrition, employment, skill development among others did not meet the expectations. The government failed in utilizing the budget, and now it is making tall claims when it doesn’t have such money to spend.

“The decline in government spending has affected not only the general public, but also the financially vulnerable and economically backward sections of the country”, he claimed.

“Performance of almost every sector shows economic suffering”, he said.

He said automobile, manufacturing and industrial sectors which are, like many other sectors, are now performing at subnormal capacity due to the government anti-progress decisions. “The automobile industry alone, has suffered with over 2 lakh jobs lost and 296 workshops closed”. “Many automobile companies that worked for 7 days a week are now clocked down to operating for only 4 days a week”, a clear indicator of thawed performance.

Even agriculture, which is one of the most vibrant sectors in India, now has a 2% growth rate, he said.

The result, as he put, have spiraled out in the form of job cuts, reduced consumption of goods and services by customers thereby creating demand constraints and eventually starving the country from investments.

Terming Micro Small and Medium Enterprises (MSMEs), the employment engine of the nation responsible for providing nearly 93% of jobs in India, he said MSMEs have also taken a beating, which is a deplorable indicator of the slowdown under the present government.

Contrasting claims of the Finance Minister Nirmala Sitharam while presenting statistical data, Mr. Chidambaram questioned “if all is well, why is the government not able to collect tax as it has claimed earlier. The corporate tax collection, personal tax collections and different taxes are all under collected.

“The government’s new slogan Sabka Saath, Sabka Vikaas, Sabka Vishwas have failed at implementation with youth going jobless, more than 40% students undernourished, and countless many who cannot have even access to food due to high prices. This is the most anti poor government in the history of India.”

Government schemes such as mid-day meal, which started in Tamil Nadu, and was later scaled up at the national level, has failed to live up to the expectations. Out of 11,000 crores sanctioned, only 9,900 crores were spent. Similarly, Ayushman Bharat program, which as Mr. Chidambaram put, is Prime Minister Narendra Modi’s favorite has been at fifty percent spending of 3300 crore against the allocated budget of 6500 crores.

He said with these indicators it was hard to gauge India’s progress.

Telangana State Chairman of All India Congress Committee Research Department Mr. Aamer Javeed presented a vote of thanks. Senior congress leaders, intellectuals from the community, and eminent social activists were also present on this occasion.

Syed Khaled Shahbaaz is a Gold Medalist in Mass Communication and Journalism from Osmania University based in Hyderabad, India. Shahbaaz may be reached at syedkhaledshahbaaz@gmail.com 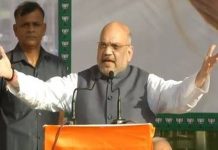 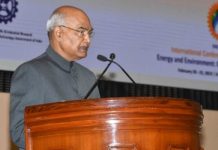 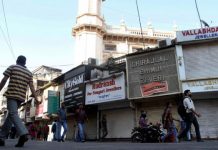