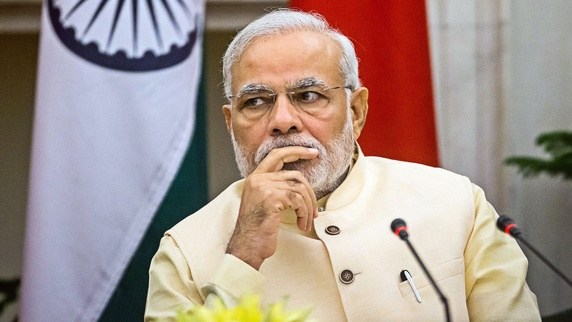 New Delhi : Severe slowdown in manufacturing activity in the country pulled India’s  growth rate to 5 per cent -the fourth successive quarter of decline in growth rate on the trot. India’s growth rate is lesser than countries like Bangladesh(8.13%) Nepal (7.9℅) Bhutan (7.4℅) and Myanmar (6.8℅).

The current GDP growth is a sharp decline of 0.8 per cent points compared to the last quarter that ended in March.

This is the lowest growth rate the Indian economy has seen in last six years.

India had already lost its title of the world’s fastest growing economy to China in the previous quarter when its economic growth slowed to 5.8 per cent compared to Beijing’s growth of 6.4 per cent

The economic downturn has particularly hit  auto, manufacturing and real estate sectors. The less-than-anticipated GDP growth rate puts further pressure on the Modi government to announce meaningful reforms that can bring back the economy on growth trajectory.

India is now in the third growth recession since 2008. Economic growth has already slowed sequentially for four consecutive quarters. It is very likely that economic growth in the quarter ended 30 June will be slower than in the quarter ended 31 March. Some of the factors behind the slowdown are an uncertain world economy due to the US-China trade war and Brexit concerns, a substantial drop in consumption in the domestic market, particularly rural areas, and a decline in purchasing power.