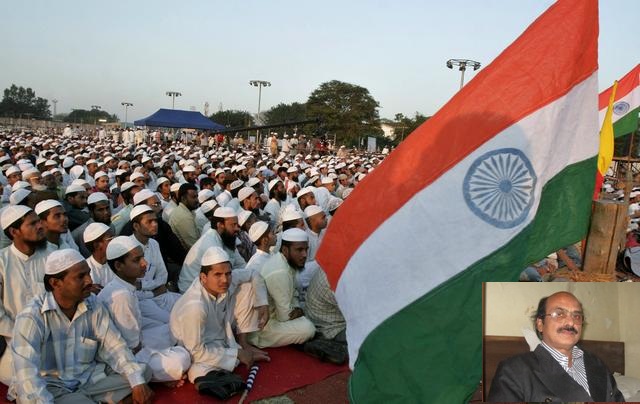 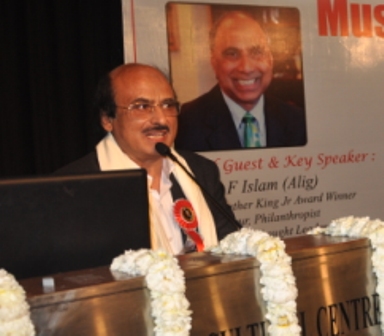 When a few years back, Dr Javed Jamil had serialised his work, “Muslim Vision of Secular India: Destination & Roadmap” and then released it in the form of a spiral-bound document, it had generated huge interest and enthusiasm in the circles of Muslim intellectuals, politicians and activists. The upgraded version is now coming in the book form. It is expected to be released in March. Syed Zubair Ahmad talked  with Dr.Javed Jamil and asked about what his new  book offers and about his plans to implement it.

Q. What was the impact of the work when it was released as document about three years back?

A. The work enthused people to think afresh about the issues related to the empowerment of Muslims and many of them individually or collectively embarked upon new projects. At that time I did not publish it as book, as I wanted to revise it in response to the reactions. The reactions were huge and highly encouraging with politicians, religious scholars, activists and organisations showing renewed enthusiasm in the issues. Terms and phrases like “Muslim Vision” and “Roadmap of development” got increasingly popular with new meanings.

Q. Are there any changes in the book being published now?

A. Yes, there are big changes. It is an upgraded version. Lots of water has flown down the Ganges since the release of the document, and the book tries to capture them from Muslim point of view.  In view of the current onslaught by the forces of Hindutva against Muslims, there is an increased focus on the ideological issues. Kundu Commission Reports and analytical reports of the functioning of the government on the issues related to Muslims have been added. The whole format has been revised with emphasis on four areas of empowerment: Ideological, Social, Economic and Political.

Q. What is the significance of these four areas of empowerment?

A. What the book stresses is a holistic approach towards empowerment issues. We cannot just keep focusing on education front. We have to work for comprehensive empowerment of Muslims on all possible fronts and the efforts have to be simultaneous, sustained and coordinated. Missing any front will be disastrous. For decades our leaders and intellectuals have been concentrating on education alone. We totally ignored the issues related to economic empowerment especially the role of Muslims in big business. This has adversely affected all our efforts in different fields because without money our plans in every field are bound to suffer. We have also not worked adequately on social, ideological and political fronts.

Q. But we have always been busy on political front, isn’t it?

A. We have failed to understand what the political empowerment means. Politics does not simply mean electioneering and success of our candidates or the parties we support. Political empowerment is a much larger thing, which not only includes adequate representation in political institutions but also the ability to raise issues of national and community importance and the ability to influence the direction of the national scene. Neither our representation in political institutions is adequate nor are we able to raise issues in an effective way. Most of the times, our politics has been reactive rather than proactive. We only react to the issues raised by others and have never raised issues on our own, and if we raise certain issues, these are always related to the interests of the community. We do not try to influence the direction of the socioeconomic policies of the government.

Q. You have argued that Muslims are not a minority but second biggest majority?

A. No, I have argued that Muslims have three statuses and they must behave as such. Constitutionally, they are a significant minority, and they must fight for their rights as minority in a concerted way. Ideologically, they are the second biggest majority and they must influence the ideological direction of the policies of the government in every field, from social and economic to the external affairs.  Socially they are part of the majority, which is deprived in every way.  Unfortunately, since Independence we have always been behaving as only a minority and have totally forgotten the other two.

Q. Who is more responsible for the failure of the community: Government or the Community?

A. Both. The Government and the political parties have abysmally failed in giving Muslims their due share in governance as well as benefits of development. Successive governments have even failed in implementing the much hyped Sachar Committee Report. Recently, Kundu Commission Report has shown the failure of implementation, and has suggested many important measures. But the present Government has not shown any will to accept the report. Muslims on their own part have only relied on the Government to plan them. Everyone seems to be talking of Sachar report without realizing that this report provides only minimal solutions. The community needs much more, from the government as well from themselves. They have to work on their own and make an organized effort. The Government can at best be a facilitator. My document gave them a lot of food for thought. I am happy that since the release of the document, many organisations have started stressing the economic empowerment.

Q. What about the modernization of Madrasas and religious education?

A. We need infrastructural not ideological modernization of Madrasas. But we need to study the application of Islamic principles at the practical level. I have introduced the concept of Applied Islamics. I would stress the introduction of Applied Islamics as subject in all the Madrasas and Islamic studies departments of universities. Our religious scholars and intellectuals have to come out of the apologetic and defensive mode. We have to launch an onslaught against the dangerous ideologies, concepts and policies being pursued in the modern world for the sake of political and economic hegemony. We have to produce religious scholars who can become true leaders of the world.

Q. As you said, you have covered even the issues related to the common masses irrespective of their religious identity. What have you proposed?

A. The masses are hugely deprived in India. If the governmental policies become people-friendly, the masses including Muslims will benefit. The corporatization of economy and polity has hit the masses in a big way. Banks, Stock Exchanges, Governmental policies – all have become the vehicles of the flow of the money from the less-moneyed to the more-moneyed. Economic Disparity is increasing leaps and bounds every day. I have demanded introduction of Economic Disparity Index in the budget including General Disparity, Regional Disparity, Urban-Rural Disparity and Community to Community Disparity. I have also called for revamping of the Tax policy with increase in Wealth Tax and decrease in Sales and Income Taxes. Today, the major portions of the Central and States’ revenues come not from those who own 90 pc of the wealth of the country but from those who own less than 10 percent. The inflation has to be controlled through a control on the pricing mechanism with focus on proper pricing of the market products, which are often several times more than what they should be. I have also demanded stringent steps to stop commercialisation of human weaknesses including alcohol, smoking, commercial sex and gambling. I have also talked of Population Management, which is more important than even the population control.

Q. What do you want the Government to do to empower Muslims?

A. The Government must realize that the country cannot progress without adequate empowerment of Muslims and it is not possible without the affirmative actions from its side.  All the recommendations of Kundu Report should be accepted without delay. Muslims are being denied reservations on the ground of religion. A uniform national policy in that matter is to be made. Muslims should be given all the facilities in educational and economic empowerment. Long-standing demands like Equal Opportunity Index, Targeted Communal Violence Bill, Delimitation of Reserved constituencies, etc. should be accepted without further delay. Steps need to be taken so that the Muslim representation in political institutions becomes equal to their percentage in the population. Muslim NGOs must be given at least 15 pc share in the allocation of different ministries. Security issues of course remain paramount. Campaigns of hatred against Muslim community should alt forever. At the same time, Economic Disparity should be recognized as the key issue in its economic policy.

Q. And what Muslims must do?

A. They have to make sustained, coordinated efforts on all fronts. Muslims have to involve themselves in a big way in all the levels of business, from corporate sector to small businesses. And of course education remains the main thrust area. But our educated youth must not simply become employees. They must become employers. At the same time, they have to equip themselves at the ideological and political fronts.

Q. Do you have any specific plan for implementation of your vision?

A. I am a solitary man without any institutional support. I had planned a national organisation with a big secretariat but I could not garner support for that. I may make another effort in that direction. 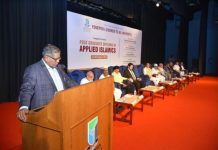 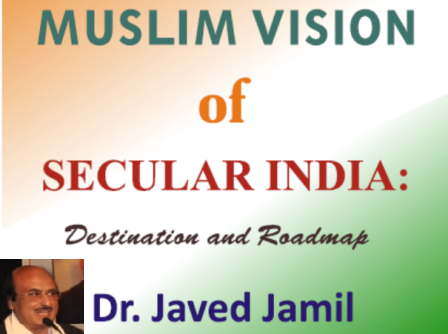