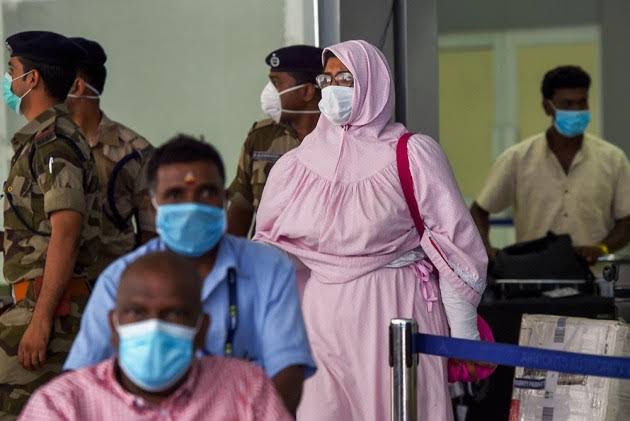 New Delhi: Dismissing Indian media reports about deportation of Indian citizens from Iran, the Embassy of Islamic Republic of Iran here on Saturday said Iran and India both are making joint efforts to evacuate about 2,000 Indians stranded in Iran. The Iranian embassy said Iran is ready to establish some relief flights for immediate evacuation of all stranded nationals in both sides.

Reacting to the recent reports of Indian media on a significant number of nationals stranded in both India and Iran and the joint efforts to alleviate their sufferings, the Embassy of the Islamic Republic of Iran in New Delhi issued a statement to dismiss the false reports.

The Iranian embassy drew the public attention to the following:

“Immediately after the announcement dated 26 Feb. 2020 of DGCA of India on suspension of all Iranian flights to India, the Islamic Republic of Iran bearing in mind the humanitarian aspect and urgency of the issue expressed its full readiness to establish some relief flights for immediate evacuation of all stranded nationals in both sides, taking into account all health protocols.”

It also said that Iran also responded positively to cooperate with India in testing its citizens stuck in the country before their evacuation. “Accordingly the Embassy of Iran in New Delhi facilitated and issued expeditiously the visa for the visit of 6 experts from the Indian Council of Medical Research and Ministry of Health of India to Tehran and took the necessary steps to fulfill their mission.”

The Embassy is delighted to be informed that the first Iranian flight carrying sample swabs of stranded Indian citizens will leave Tehran IKIA Airport hopefully early morning on March 7,2020 to New Delhi and in return, it will bring back Iranian nationals to their homeland.

In addressing the current situation, the relevant Iranian are also considering the following measures to further expedite their joint efforts:

1- To consider more and adequate flights to New Delhi and Mumbai to ensure bringing back home all the stranded nationals of both countries;

2- The Indian citizens with no symptoms of Corona Virus will be transferred to India and those whose medical test results to be positive and affected, will be hospitalized in one of the advanced special medical centers designated by the Ministry of Health of the I. R. of Iran.

3- Both countries will continue their close contacts to ensure finding necessary remedies to alleviate the sufferings of all the stranded nationals including tourists, students and businessmen in the current critical situation which requires globally coordinated actions.

“At the end, the Iranian embassy while rejecting some false reports about deportation of Indian citizens from Iran due to possible Corona Virus infection, ensures that Indians have always been respected and warmly welcomed by Iranian people and the Government and such reports are nothing than baseless allegations.”

India is also working with the government of Iran to facilitate the evacuation of about 2,000 Indians stranded in Iran, and sending back about 2,000 Iranian nationals currently in India

India has sent a six-member team of scientists from the Indian Council of Medical Research (ICMR) to Iran to set up a makeshift laboratory so that people can be tested before flying back.