The question, how the current situation in India could be defused is talk of the nation after a huge uproar in the country against controversial government policies, Citizenship Amendment Act, National People’s Register and National Citizenship Register all pertaining to the identity and citizenship issue

The spar of protests has crossed the 30 days mark and it has assumed a pan India character. The protest has intensified in the past four-weeks and there is no sign of its fading out.

In such situation everyone is asking how this story is going to play itself out. The one simple answer is that the Prime Minister and the Home Minister of the country address the people and tell them that they would be withdrawing the proposed identity and citizenship concerns and no one should fear and the government is committed to the welfare of the people.

It is expected that if such announcement is going to be made, within no time the protests would wound up and it will be business as usual in the country. But will this is a million dollar question.

Given the autocratic nature of the government it is certain that it will not talk to the people or accept its short comings and make amends. It appears that the rulers of the day are riding the high horse of arrogance and going ahead with their own agenda with no sign of relenting or listening to the people’s outcry.

At the same time those opposing the government’s agenda are also showing no sign of fatigue or exhausted and their ranks and files are swelling each day.  In comparison to 5 lakh missed calls that the government has got from mobile telecom operator’s support, the ground swell of the people opposing government’s policy is simply uncountable.

If a referendum on government policies is held in people’s court, this government has to pack its bag within no time. But who is going to do this? Certainly not the government, nor the courts, nor the election commission or any other body one can think of?

So in such situation what is the most likely scenario that may develop in the country in immediate future?  The fact remains that in the emerging situation in the country is where the people are clamoring to make the government roll back its anti-democratic laws but the rulers do not want to budge an inch.

In such situation, the people’s revolt is soon going to be unmanageable and in such case the state may use its machinery to suppress the people’s unrest. This would lead to a much larger scale of social unrest in the country.

The internal emergency of 1975 curbed the civil rights including the right to protest. However it triggered a massive reaction from the people. The protest reached a new level and people resorted to being arrested to fill the jail. It was a carnival of rebellion in the country and this syndrome lasted for twenty two months and finally the emergency called off in January 1977. A fresh election was called, and there was a regime change.

In all probability, that’s the way future trajectory is developing that way in the country. And in order to give more punch to my theory, I am tempted to reproduce some of the excerpts of Ruchir Joshi, a writer, filmmaker and columnist who boldly says that this government is running out of tricks and may like to rule by force. (The Hindu January 15, 2020)

The writer says, ‘after watching the BJP-RSS government for over half a decade what becomes ever clearer is that this regime has never had anything in its bag that could be mistaken for governance or plans for genuine progress.’

‘The people who voted for them hoping for a centre-right, pro-business government perhaps with a garnish of Hindutva now see that that the garnish was the main dish and feel bitterly disappointed and utterly foolish.’

‘The less privileged sections of younger voters, the ones who were aspirationally impatient, now find their hopes of economic betterment dashed and pushed back indefinitely.’

‘Those who nurtured grandiose dreams of India muscling its way to becoming a superpower now find that the country is an international laughing stock after the Balakot airstrike, back in the regional ghetto, hyphen-yoked to Pakistan, and security-wise far more vulnerable than it was in early 2014.’

‘Those who imagined that the big election victory in May 2019, would allow Modi and Co. to prioritise desperately needed measures for the economy and healthcare reforms now see that NDA 2.0 priority is making India a Hindu Rashtra.’

‘The Modi and Shah duo who is leading the government has always depended on bluff and bluster to capture power and retain it. It is now clear that they have had an amazing streak of luck, coupled with their managing to leverage the plentiful weaknesses and hypocrisies of their opponents.’

‘This regime has leeched on to all that is worst in our society all that is most riven and wretched, and put itself in a position where it thinks of itself as unassailable, immovable. But this kind of a spread has a limit and sets off a resistance. And perhaps that is what is happening now.’

‘The regimes distractions and obfuscations have run their course, and duo’s whole sorry operation has now been challenged by the common people. Indian Republic is now at a moment of reckoning.’

Now question is if the people’s resolve to overthrow the government and their protests gets unmanageable then when this government will foist national emergency on the people of the country.

Well I am not a soothsayer but I foresee this to be happening sometime after March – April 2020. Why I say so because this fiscal year will be coming to close in March. The balance sheet of the country is going to be out. Country’s economic health will be scrutinized. The national audit will show all-round failure of the government. There will be additional taxes on the people. The inflation would lead to price rise phenomena. There will be all round chaos.

When all these factors grip the country, the protest which right now is confined to the students will become more democratic  and more groups like farm laborers, peasants , factory workers, jobless youth, urban proletariat, professionals like doctors and lawyers white collar people will come out on the streets to join the protests.

In such case the only way to defuse the situation, would be to declare the national emergency. This internal emergency will run its course and only after that there will be a new dawn in our country. 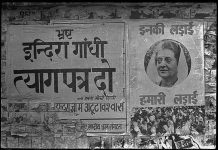 The role of Cold War in Indira Gandhi’s Emergency 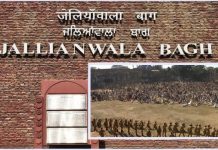 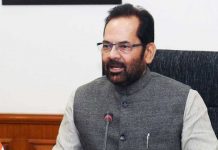