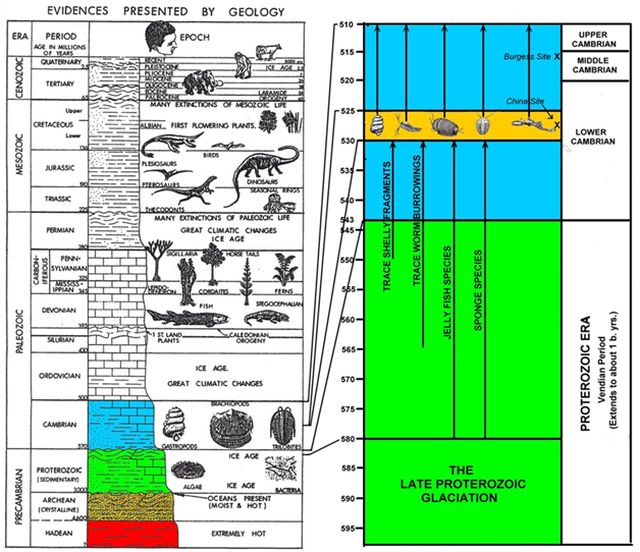 Being a true atheist is not everyone’s cup of tea. For, not only does an atheist have to deny God, he also has to come up with convoluted explanations to natural phenomena. You ask a religious person who created him, and pat comes the reply, ‘God’. But since God has deliberately been kept out of the equation here, the atheist has to come up with exasperatingly elaborate theories to explain how life came into existence and how man was created, the most fascinating of which has been Charles Darwin’s Theory of Evolution.

This sinister theory not only devalues man by calling him a progeny of apes and helps promote materialism, racism and communism; it also falls apart on many scientific counts as well. Because of its flaws (that we shall discuss below), the Theory of Evolution still remains a theory, and it is for this reason that it has never been officially accepted as the scientific explanation to creation. I am opposed to the Theory of Evolution and believe in Intelligent Creation, not despite being a student of science but because I am a student of science (and a doctor at that)! Allow me to explain why….

Protein chain formation:
The theory believes that when the earth was still in its infancy four billion years ago, the forces of nature came together to make certain chemicals react randomly among each other. One such random chemical reaction led to the formation of a protein chain and eventually RNA.

First, a random permutation and combination of chemicals can never make a protein chain; it is way too complex a structure. A small change here or there renders the entire protein molecule waste. And even if such a perfect chain does get formed, would it not be acted upon by the very same forces of nature, and thus degenerate? Also, how can that protein chain replicate itself? Do lifeless chemicals self-replicate? We have not been able to achieve these results even in the controlled environment of a laboratory, let alone in an open pool of chemicals that are acted upon by forces of nature. The theory further assumes that these protein chains formed RNA and DNA structures and mitochondria and cell wall and ribosomes etc. etc. Again, even if a cell did get formed, how did it become alive and perpetuate life? The protagonists of this theory believe that all of this could have been possible, despite its infinitesimal probability. But tell that that it was God who designed these structures and gave them life, and they turn their faces away!

Palaeontology:
This theory says that, for instance, we had reptiles who reached out to the sky and the fittest of them developed wings and became birds some generations later. This was a gradual process, they say, and it took thousands of years to materialize. This means that between the geological layers containing fossils of reptiles and birds, we need a layer of those creatures that were half-reptile and half-bird in various stages of evolution. But these links are conspicuous by their absence. No half-reptile-half-bird or half-fish-half-amphibian or any such intermediary creature has ever been discovered- dead or alive. All the creatures that have ever been found are perfect specimens of their respective species. In every layer representing an age, a new species just crops up having no precursor, starting with the abrupt appearance of complex life forms in the Cambrian era. The diagram depicts just that. Even the Australopithecus, Neanderthal and Cro-Magnon fossils that have been found and adoringly been named Lucy, Jawa Man and Pekin Man are not human ancestors. They are either apes or modern human beings. Period.

Organ variation:
In the context of the evolution of organs, there is one particular example that has stuck with me. The ear of a reptile has a single bone, and the ear of a mammal has three bones- malleus, incus and stapes. Both ears are obviously functional. Now, if a reptile has to evolve into a mammal, this single-boned ear needs to become a three-boned ear. But this transition of ears would take several thousands of years, right? So for the intervening period of those thousands of years, in that transitional phase when the ear was evolving, the ear of that creature was maybe two boned or undeveloped three boned. But such a ear which is neither perfectly one-boned nor yet completely three-boned would be a deaf ear- it cannot be functional. So this means that the creature evolved from a hearing animal to a deaf animal and then into a hearing animal again after thousands of years. But this goes against the theory of natural selection that the Theory of Evolution is based upon. How can a hearing creature evolve into a deaf creature and stay so for thousands of years? Should the hearing reptile not have prevailed over the deaf evolving reptile? It is another matter altogether that such a two-boned or underdeveloped three-boned ear-bearing creature has never been found in our fossils records. 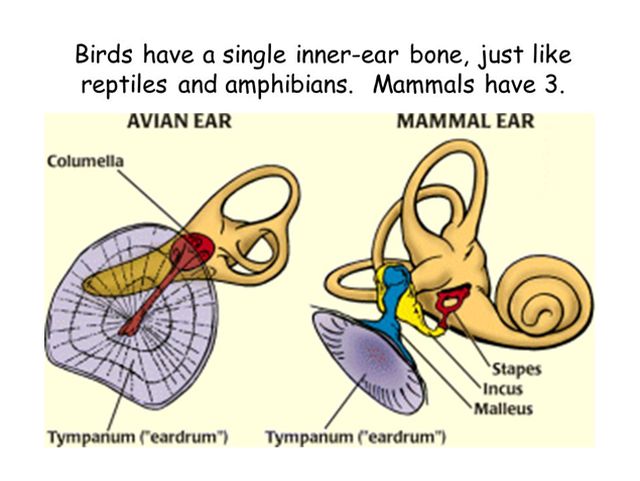 This is just one such example. You can take the example of any other organ for that matter- the sophisticated eye, the multi-chambered heart of higher species v/s the single chambered ones of lower animals etc.

It should also be noted that it’s not just one organ but the entire body that needs to undergo a metamorphosis. For instance, if a reptile has to change into a bird, it’s not just the limbs that need to change into wings, the bones need to become hollow, the lungs need to change their structure, the breastbone needs to develop, the skin needs to cover itself with feathers. And all these changes have to occur simultaneously and all at once for the reptile to become a bird and indeed fly. But neither gradual evolution, nor mutation can explain this phenomenon.

Genetics:
The genetic code stored in the DNA dictates the overall makeup of the body. Each species has its unique genetic code. This genetic code is not influenced by environmental factors. In other words, a need to adapt to the environment cannot alter the genetic code of a species. An antelope cannot become a giraffe by extending its neck to reach leaves of higher branches even after hundreds of generations. A fish just cannot become an amphibian. An ape simply cannot become a human being. They all have their own unique chromosomal structure. Mutations, if any, cannot make the organism better; they have always been harmful.

Time taken:
The time taken for one species to (allegedly) evolve into the next species takes hundreds of thousands of years. So, this would mean that the time taken for an amoeba to develop into Homo sapiens sapiens (modern man) would run into millions of billions of years. But this is not possible, simply because the earth itself is not as old. The earth celebrated its first birthday four and a half billion years ago. The evolution from amoeba is itself said to have begun as recently as 800 million years back. You do the math.

These are strong scientific grounds for rejecting the Theory of Evolution. I have not gone into the details of these points for the sake of brevity. Many other laws like Physics’ Second Law of Thermodynamics (Entropy) and Chemistry’s Le Chatelier’s Principle also refute this theory. For a detailed study on this topic, the reader is advised to refer to ‘The Evolution Deceit’ by Turkish scholar Haroon Yahya and other books on this topic.

Before concluding, I shall also put across the actual manner in which species have been created. It is widely referred to as Intelligent Design.

Intelligent Design:
The concept of Intelligent Design states that man and all other species were created and designed by a supernatural intelligent power. In theological circles, we call this power God. Religious texts tell us that God created the first man as a perfect modern human being from day one. He was not born to an ape. His progeny spread across the world and started forming communities and we are all his children.

“O mankind, fear your Lord, who created you from one soul and created from it its mate and dispersed from both of them many men and women.”
[Al Qur’an Surah anNisa ayat 1]

“O mankind, what has deceived you concerning your Lord, the Generous, Who created you, proportioned you, and balanced you? In whatever form He willed has He assembled you.”
[Al Qur’an Surah alInfitar ayaat 6-8]

If there’s any Darwinist reading this essay, I leave you with this ayat, ‘O mankind, what has deceived you concerning your Lord, the Generous?’ Has the disgust for your Merciful Creator made you relinquish science and truth as well? Are you willing to call yourself a son of a chimpanzee but not the product of the Omnipotent God? Why stoop so low? Open your eyes and discard your tainted glasses; you would at once see the hand of God all around.