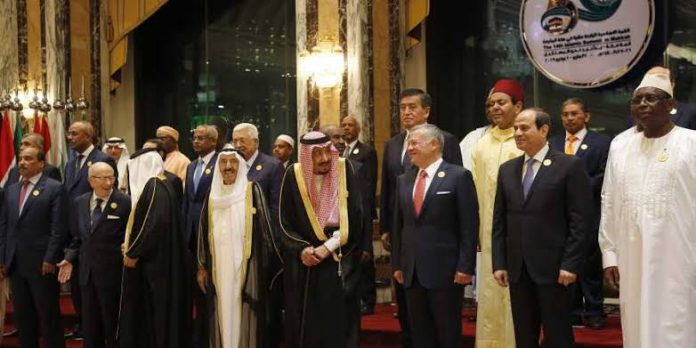 United Nations, Sep 26 At a meeting of ministerial group of the Organisation of Islamic Cooperation (OIC) dealing with Kashmir, the OIC Secretary-General Yousef Al-Othaimeen has called for a resumption of the dialogue between India and Pakistan to resolve the Kashmir issue.

According to the OIC, at the meeting on Wednesday of the four ministers constituting the OIC”s Contact Group on Jammu and Kashmir, Al-Othaimeen “emphasised that the issue of Jammu and Kashmir is among the most important agenda items for the Organization”.

“He further insisted on the need for the resumption of the dialogue process between Pakistan and India, which is a prerequisite for development, peace and stability in South Asia,” according to OIC press release on its site.

A communique adopted at the meeting came out with a strong statement against India with an assertion that could be seen as an endorsement of terrorism, according to a source.

The communique that has seen said that they “denounced attempts to equate the legitimate struggle of the Kashmiri people for liberation from foreign occupation and their right of self-determination, with terrorism”.

Trying to equate terrorism with legitimate freedom struggles enters into the contentious territory of seeming to back terrorists. It was originally done in the context of Palestine and the concept has been used to block the Comprehensive Convention on International Terrorism over the definition of a terrorist.

India and most countries have maintained that actions and not aims define terrorism.

Al-Othaimeen presided over the meeting in which foreign ministers Shah Mehmood Qureshi of Pakistan, Adel Al-Jubeir of Saudi Arabia, Elmar Mammadyarov of Azerbaijan and Kalla Ankourao of Niger participated.

The meeting was briefed by Qureshi.

The group reaffirmed its support for what it called “the legitimate struggle of the Kashmiri people for realisation of their inalienable right to self-determination and freedom from Indian occupation”.

The communique, however, specifically mentioned adherence to bilateral agreements when it said it welcomed UN Secretary-General Antonio Guterres”s August 8 statement “affirming that the position of the United Nations on the issue of Jammu and Kashmir region is governed by the UN Charter, applicable UN Security Council resolutions and bilateral agreements.”

The ministers “expressed deep concern over the worsening human rights and humanitarian situation” as a result of India rescinding the special status of Kashmir on August 5.

The communique asked India for “solemn assurances” that it will not change Kashmir”s “demographic composition and not allow non-Kashmiris to acquire property or residency in Jammu and Kashmir”.

They “deplored the extended, months long, lockdown of the Kashmiri people, round-the-clock curfew and complete communications blackout” and asked India to repeal what it called “draconian emergency laws” and withdraw its heavy military presence from Kashmir.