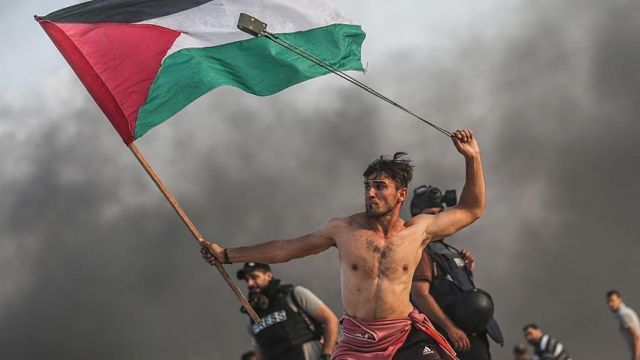 The photo, which went viral on social media and attracted the attention of the world’s media, was taken by Anadolu Agency photojournalist Mustafa Hassona during a demonstration demanding the lifting of Israel’s blockade of the Gaza Strip.

The photo of 22-year-old Aid Abu Amr with a Palestinian flag in one hand and a slingshot poised in the other amid black smoke mirrors Eugene Delacroix’s 1830 artistic representation of the French Revolution titled “Liberty Leading the People” with revolutionaries being led by a woman bearing a French flag and a bayoneted musket.

Abu Amr was taking part in protests at the northern Gaza border against Israel’s land, air and sea blockade when Israeli troops intervened.

During the intervention, Abu Amr was wounded in the leg by live bullets.

For the last seven months, Palestinians in Gaza have been staging regular demonstrations along the Gaza-Israel buffer zone to demand the right to return to their homes in historical Palestine, from which they were driven in 1948.

They also demand an end to Israel’s 12-year blockade of the Gaza Strip, which has gutted the coastal enclave’s economy and deprived its two million inhabitants of many basic commodities.

Since the rallies began on March 30 this year, more than 200 Palestinians have been killed and thousands more injured by Israeli troops deployed along the other side of the buffer zone. 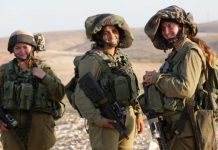 UNIFIL chief in talks with Lebanese, Israeli army to maintain peace on border 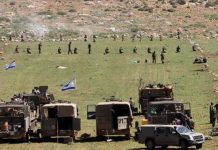 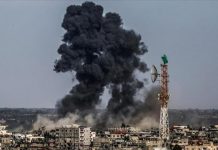