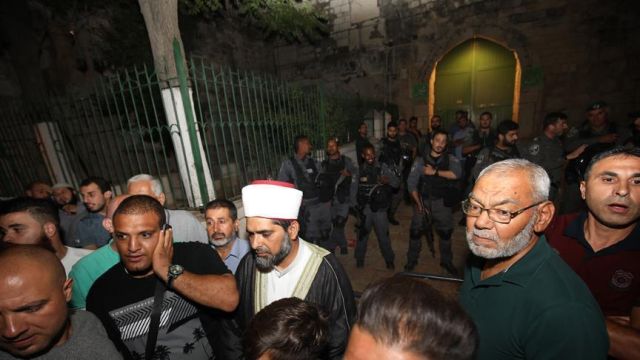 Jerusalem: Israeli police on Friday dispersed dozens of Palestinians protesting the closure of all the gates of Al-Aqsa Mosque in the Old City of Jerusalem after an attempted knife attack.

Police prevented Palestinian protesters from gathering in front of Lion’s Gate (Bab Al-Asbat) for Isha, or the night prayer.

They used stun grenades to disperse the crowd but later allowed a few Palestinian officials in for the prayer.

The Palestinian Presidency later issued a statement asking for the opening of Al-Aqsa Mosque before the situation gets too difficult to control.

The statement noted that any steps that would change the religious and historical status of Al-Aqsa would only lead to a further deterioration of the situation and escalation.

“East Jerusalem and Al-Aqsa are our red line. There will be no peace and security without them,” it said.

Israel bears all responsibility for stopping these dangerous and unacceptable steps, the statement added.

The closure came after an alleged knife attack at the Al-Majlis gate.

Later, hundreds of Palestinians performed the evening prayer at the Al-Asbat gate of the compound after police closed all the gates.

“These are very dangerous steps. It is obvious evidence of dirty Israeli aims to close Al-Aqsa to Muslim worship,” he said.

Kiswani said Arab and Muslim countries ignoring events around Al-Aqsa Mosque and Palestine were responsible for what happens there.

Israeli police have closed Al-Aqsa twice in the past 30 days. 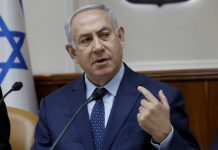 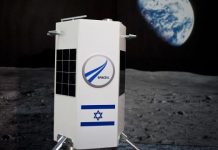 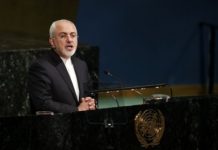