New Delhi : With the Congress selecting Kamal Nath as Madhya Pradesh chief minister, questains have again emerged as to why people accused of inciting riots are getting highest political positions in the country

On November 1 1984, a day after Indira Gandhi’s assassination, anti Sikh Riots broke out in Delhi as a result of which 3000 sikhs were murdered by mobs. It is alleged by many sources that during the burning of two Sikhs outside the Rakabgunj Gurudwara, Kamal Nath was present. The Nanavati commission led by a retired Judge of the Supreme Court of India, appointed by the National Democratic Alliance (NDA) government headed by Atal Bihari Vajpayee in May 2000, to investigate the riots. The commission found that the allegations of his involvement lacked evidence. Nath was not charged and he later stated that he was “fully absolved” by the Nanavati Commission.

Many parties have accused the Congress party leadership of “protecting the perpetrators” of the 1984 anti-Sikh riots and dared Punjab Chief Minister Amarinder Singh to resign.

One Akali Dal leader Manjinder Singh Sirsa alleged that Nath had a hand in the anti-Sikh riots that broke out in the national capital following the assassination of Indira Gandhi in 1984.

“Whenever the Gandhi family comes to power, it protects the perpetrators of the 1984 riots. Now Rahul Gandhi and the Gandhi family are rewarding Kamal Nath as chief minister of Madhya Pradesh…,” he told reporters.

“Rahul Gandhi wants to give a message that those involved in the killings of Sikhs in 1984 now need not worry… that they are behind them and will reward them instead,” he added.

He dared the Punjab chief minister to resign after Nath’s selection as the Hindi heartland state’s chief minister and questioned the “silence” of Punjab Congress leaders who had opposed Nath’s appointment as incharge of Punjab affairs.

A section of Sikhs had raised objections when Nath was appointed general secretary in-charge of Punjab and Haryana.

While Nath continued to hold the post of AICC general secretary for Haryana affairs, he was replaced in Punjab.

The Akali Dal was seeking to stymie Nath’s elevation as chief minister by raising the issue of his alleged involvement in the anti-Sikh riots.

Sirsa had earlier said Sikhs are peace-loving people, but will give a befitting reply to the Gandhi family. They would build public anger if the Gandhis go ahead with the decision of appointing Nath as the chief minister, he had added. 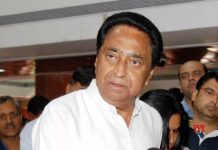 I am confident we are coming back to power with a majority in 2019: Kamal Nath 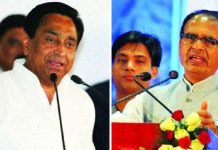 Congress may not last full term in MP, hints Shivraj 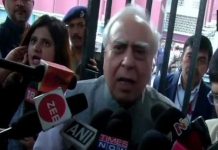 Congress wants action against Shah for lying about Congress manifesto