Patna, March 28 : The crowdfunding campaign of former JNU student leader Kanhaiya Kumar, contesting as the CPI candidate from the Begusarai Lok Sabha seat in Bihar, appears to have become a hit.

Kanhaiya Kumar launched a crowdfunding campaign in partnership with OurDemocracy, a platform to collect money to contest the elections.

The target is to raise Rs 70 lakh, for his election campaign, the permissible limit of expenditure in parliamentary elections.

“I need your support. No amount is big or small. Contribute what you can. If you believe in democracy, I am seeking your support,” Kanhaiya Kumar’s appeal read.

He has been urging locals to donate at least 1 rupee each to “help me fight the election and take the voice of the marginalised and exploited to Parliament”.

The RJD is set to field Tanweer Hasan, who lost to Bhola Singh of BJP in 2014.

Kanhaiya Kumar has said that his fight will be against Giriraj Singh, not RJD.

Kanhaiya Kumar, 32, was arrested in February 2016 and accused of sedition for allegedly doing nothing to prevent the raising of anti-India slogans on the JNU campus.

The JNUSU President for 2015-16 was then pursuing doctorate from the School of International Studies and was affiliated to the All India Students Federation (AISF). (IANS) 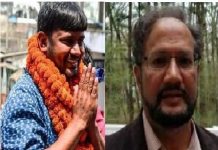 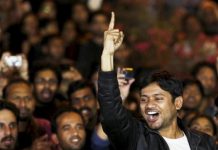 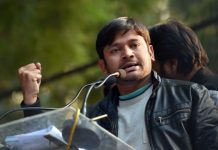 No coercive steps against Kanhaiya till Friday, HC tells JNU