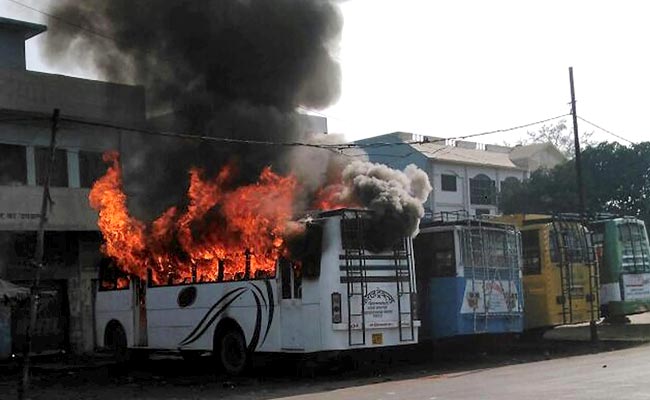 The Hindu Muslim communal riot at Kasganj in Uttar Pradesh over ‘Tiranga Yatra’ on January 26 is yet another sign of deteriorating communal situation in north India particularly Uttar Pradesh.

There is a deliberate attempt that is being painstakingly built to polarize the Hindu Muslim votes and engineering communal riot is one such nefarious design.

At Kasganj, which is situated on Agra -Budaun -Bareilly state Highway in Uttar Pradesh, a national flag rally was taken out on January 26, India’s 79th Republic Day.

In this patriotic grab, a reign of terror was unleashed, on that day leaving behind a trail of arson and violence, death and destruction.

Republic Day of India is celebrated to mark the unity in diversity of Indian society. On this day under the national flag everyone takes forget their identities and are being united to celebrate India being a Republic and taking pride in being a democratic country.

Unfortunately, this this did not happen in Kasganj in Uttar Pradesh. According to eyewitnesses, a group of Hindu youths took out a Republic Day bike rally calling it ‘Tringa yatra’ in the Kotwali area of Kasganj. The group of bikers who took the flag rally allegedly raised anti-Muslim slogans when they passed through the sensitive Muslim locality.

The provocatively targeted slogans led to stone pelting and gun firing from the Muslims side. In the firing, one Hindu youth belonging to ABVP outfit received bullet injury and he succumb to his wounds later. This resulted in fierce communal clashes between the two communities.

The situation got tense when murderers were on prowl torched several vehicles and shops and a group attempted to set a mosque on fire.

The situation was brought under control by the state administration only after a trail of violence arson has left a deep mark on the ground. The follow up action is work in progress as it happens after every such communal riot.

The question is who is responsible for such situation to develop in Kasganj. Why the district administration gave permission for the flag rally to pass through the sensitive Muslim areas.  What was the intelligence agency doing to preempt the situation? Why there was no police escort given to the rally to avoid any untoward incident.  Why the Hindu zealots were so emboldened to provoke the Muslim community. Why the Muslim community reacted in such a violent fashion?

All these and more why’s are there but the question is what if we have got answers to all these whys. We are there, where we were in 1947! India being a Republic in 1950 has not changed the situation on the ground.

The blame game is going on. The Hindus say, its Muslims who are responsible, the Muslims say, its Hindus.

No one wants to listen to mother India what she has to say. She says; are they Indians or Hindus and Muslims who may like to perpetrate violence in the name of being Indian?  The answer is simple.

What is apparent is; Jingo nationalism has reached its crescendo in India. The high politics of  the country is systematically destroying the interfaith fabric built on unity in diversity in the country. With each such incident, the idea of secularism enshrined in the constitution that has made India a Republic  is dying a silent death in the country. 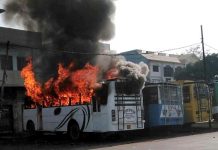