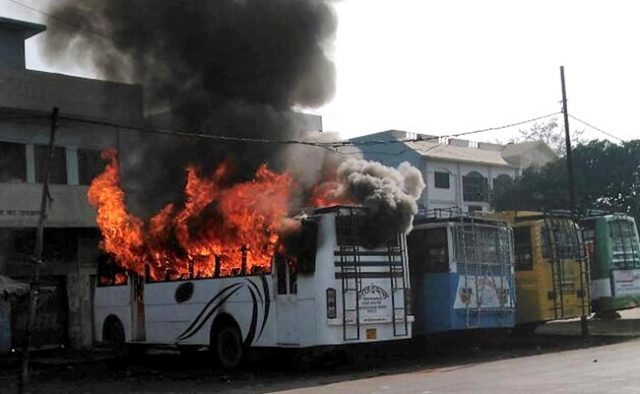 The concept of high politics is used to categorize issues of varying levels of priority to the survival of the governance of a State. It is also seen as a strategy of the political groups to come to power and take the reins of governance.

The need of high politics is to capture the State power and for it, political groups manufacture ways and means to sell their ideas to influence people and to win them to their side.

However, there are some ethical and moral issues that are above high politics and are deemed necessary for the good governance and harmonious societal order.

No matter how much high politics try to disturb the social order to seize power, the low politics absorbs the shocks to crack the plinth of the social structure because it surrounds on the issues that are categorized for the survival of the human race.

There has always been an interdependence of high politics and low politics to construct a smooth social structure for easy governance system in each and every country.

However, what we are witnessing in our country is a blatant rupturing of the social order painstakingly being built through the politics.

In the ruthless quest for power, fissures are being created in the society through hate mongering. Glorification one particular religious group and linking it with nationalism is the hallmark of such high politics.

A large section of the society is demonized in order homogenize a bigger large chunk so that a majority and minority syndrome is created and with the help of majority, state power can be captured.

There is a deliberate attempt made to pollute the low politics so that the high politics can flourish even at the cost of social relationship based on interdependence groups and specificities.

As a result, on the altar of high politics, the defining factor of complex interdependence of low politics is being sacrificed. This is the most disturbing feature in the Indian high politics.

The irony is those in power and who are supposed to go by the rule books of the high politics are flouting them and playing to the gallery through such diabolic game.

The current spate of high politics began with the Ayodhya movement and Ram temple issue. It has led to the rise of the BJP and subsequently to the capturing of power.

This is because the structure of high politics is raised on spreading intolerance in the society and without going into the consequences of such politics.

One need not be a wise man to predict the future of the country due to such high politics but it would really dumb if none make efforts to arrests of the fallout of such politics.

It’s not that only dark clouds have taken over the Indian skies and some sane voices are emerging as the silver lining in otherwise dark clouds to make a din to stop such nonsense.

One such voice is from the Samajwadi Party leader Professor Ram Gopal who created a stir in the Rajya Sabha raising the issue of violence in Kasganj.

Professor Gopal accused the BJP government in UP of stoking the communal flame and asserted that; “In Kasganj a Hindu has killed a Hindu but Muslims are being targeted. The police who stood as the mute witness when Muslim homes and business premises were being torched in their presence. The police forcibly entered Muslim homes beating them up and slapping false cases against them,” he alleged

Gopal slammed those accusing Muslims of firing when it is plain from the video clips accessed by the media that who was responsible for the firing in which a Hindu, Chandan Gupta, was killed on Republic Day.

The video clip that has surfaced during the riots purportedly shows a group of young men marching towards a Muslim-dominated area in Kasganj on the morning of January 26.

The video, shot from the roof of the local tehsil office, shows many in the group holding guns clubs and stick. Some of them then fired several rounds of gunshots. In the violence that followed, one man was shot dead and two seriously injured.

The allegations made by Professor Gopal against the perpetrators of communal violence and the role of the police and the ruling party in Kasganj are of a very serious nature.

The most startling about this news item is while it made the lead news report on the front page of Urdu newspapers; the rest of the national media was totally silent about it.

The conspiracy of silence in the national media is the most conspicuous feature of the current media discourse in the country. The premonition is media is painstakingly aiding and abetting the high politics currently gaining currency in India.

Watch the debates conducted on the so-called national TV channels. Invariably they centre on the issues surrounding Indian Muslims, Kashmir and Pakistan. The subthemes of these subjects are topics such as terrorism, communalism, personal law etc.

The vilification of some and glorification of others is the undercurrent of these debates. Communalism oozes out from the mouth of many speakers. Religious hatred nationalist jingoism permeates through in all such debates.

One wonders who has given these people license to speak such words on the prime time national channels. What the objective of such debates is. What is being accomplished from such debates? Does anyone gain any information or education from such debates?

The TV channels are making a killing at the expense of others giving a platform to hate mongers and are perpetrating the high politics through these debates.

It seems that the more the venom a speaker can spit the more viewers are attracted to such so-called debates. These debates are generating negative sentiments and work as the tonic for exciting raw sentiments.

At Kasganj, the group of young men marching towards a Muslim-dominated area on the morning of January 26, with guns could be attributed to the fall out of such debates.

Well, the story of high politics having being bearing on the media is another subjected to be treated separately. But suffice it would be to say its high time viewers should get ready to identify the TV channels propagating communal hatred in the name of media and freedom of expression.

The final line of this story is that Muslims don’t have a voice of their own because the community doesn’t have its own Media.

Syed Ali Mujtaba is an awarded journalist based in Chennai. He can be contacted at syedalimujtaba@yahoo.com

Muslims, STs, Dalits made most progress in combating poverty: UN 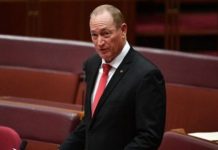