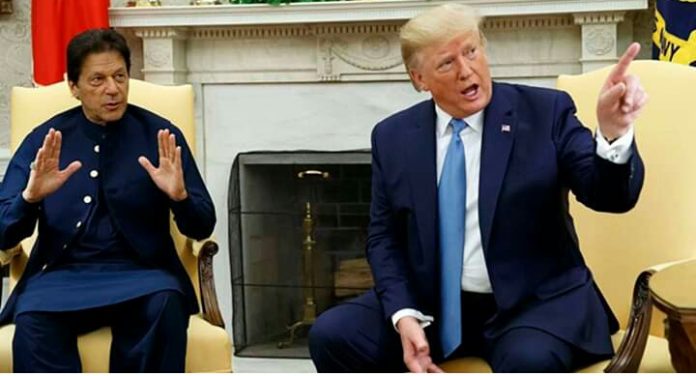 On Monday, July 22, 2019, United States President Donald Trump has droped a bombshell claiming that Indian Prime Minister Narendra Modi had asked him to mediate on the Kashmir issue when they met in Osaka, Japan, on the sidelines of the of the G-20 Summit on June 29, 2019.

US President while talking to the press with Pakistan’s Prime Minister Imran Khan said; “I was with Prime Minister Modi two weeks ago and we talked about this subject (Kashmir). And he actually said, ‘would you like to be a mediator or arbitrator?’ I said, ‘where?’ (Modi said) ‘Kashmir’,” Trump said. “If I can help, I would love to be a mediator. If I can do anything to help, let me know,” Trump said, adding he is ready to help, only if the two countries ask for it.

There was a quick reaction to it from External Affairs Minister S. Jaishankar in Parliament. The Minister categorically denied Trump’s claim saying Mr. Modi did not made any such request to Mr. Trump to “mediate or arbitrate” on the Kashmir issue. He said India remains committed to discussing all issues bilaterally with Pakistan.

To a dim wilted, the onus of denial or acceptance remains on the Indian Prime Minister, as he is the party to it and he remains non vocal he is in dock for trading the AOOT ANNG OF INDIA in private while in public he has said it a many times its no negotiable.

Witnessing a storm in the tea cup it’s time to recollect the role of USA and other external powers in mediating to resolve the Kashmir question. The archives have it that after the fall of Hyderabad on 13th September 1948, a US Consulate dispatch from New Delhi has said, ‘now the principal of the will of the people of Kashmir has to be made applicable.’

This one liner prophecy of an US officer perhaps the junior most in the hierarchy of US administration has become the corner stone of US foreign policy on Kashmir since then.

The early attempt at mediation on Kashmir was done by the UN where India took its complaint against Pakistan’s forced occupation of parts of Kashmir (PoK) ton January 1, 1948. A United Nations Commission for India and Pakistan (UNCIP) was set up which proposed mediating the Kashmir dispute along a three-point action plan. This plan of action never took off on the ground till date.

However, the UNCIP was successful in mediating a ceasefire in 1949, and negotiating the geographical location of the cease-fire line that would be monitored by the United Nations Military Observer Group in India and Pakistan (UNMOGIP). This arrangement remains intact on ground even as of today.

Thereafter individual U.N. representatives continued to visit both sides but failed to resolve the Kashmir dispute. Sir Owen Dixon, an Australian jurist was the first United Nations Representative for India and Pakistan (UNRIP) appointed to mediate the Kashmir dispute. He was followed by an American diplomat Frank Graham. In 1962, the US had provided India with planes and military hardware worth about $60 million during Indo China war, with condition that India should agree to be mediated in talks with Pakistan over Kashmir. The U.S. made it clear that any further military assistance was contingent on India’s cooperation on Kashmir talks.

In fact, a team of 24 American negotiators landed in India on November 21, 1962, led by U.S. Assistant Secretary of State Averell Harriman to start the Kashmir peace process. They worked, along with U.S. Ambassador John Kenneth Galbraith and British High Commissioner Paul Gore-Booth to bring India and Pakistan to the negotiating table. There were six rounds of talks between India’s Foreign Minister Swaran Singh and Pakistan Foreign Minister Zulfiqar Ali Bhutto. Eventually, the talks ended in 1963 without any results. Since then the time has traveled its distance and globally Kashmir is recognized as a dispute, though India has some qualms about it.

The then Soviet Premier Kosygin, in 1965 tried to broker a peace agreement over Kashmir between India and Pakistan in Tashkent. Indian Prime Minister Lal Bahadur Shastri and Pakistani President Ayub Khan attended the peace talks due to Shastri’s sudden death there; nothing tangible has emerged out of such talks.

Then the dateline shifts to Shimla Agreement of 1972, where India and Pakistan “resolved to settle their differences by peaceful means through bilateral negotiations or by any other peaceful means mutually agreed upon between them”.

Since then this agreement forms the basis of bilateral talks where India harps on the first part of the agreement “resolved to settle their differences by peaceful means through bilateral negotiations, while Pakistan lays emphasis on; “by any other peaceful means mutually agreed upon between them”.

The next dateline on this is 1993, when the U.S. President Bill Clinton decided to solve the Kashmir dispute and wished to mediate between India and Pakistan. In this connection, the U.S. Assistant Secretary of State Robin Raphel during a press briefing questioned the validity of Kashmir’s ‘Instrument of Accession’ on 26 October 1947. India protested to this and succeeded to keep the Kashmir question on the back burner.

Then the next dateline is February 1999 Lahore declaration when Pakistan PM Nawaz Sharif and Indian PM Atal Behari Vajpayee outlined a four-step formula to resolve all the disputes through bilateral means. Under this framework Indian and Pakistani held negotiations during 2003 to 2008 and according sources two countries came very close to resolve the Kashmir question in a phased manner. But progress Kashmir could not make headway as terrorism came in the way of peace talks and bilateralism was sacrificed on the altar of terrorism.

In between several global leaders including South African President Nelson Mandela, UN Chief António Guterres, and the Norwegian Prime Minister, Erna Solberg has offered to negotiate between India and Pakistan but New Delhi gave them a courteous reply to resolve all outstanding issue through bilateralism. The overall victims in such situation are the people of Kashmir who have become main sufferers as there is no urgency in any such peace process.

Now when US president Donald Trump dropped a bombshell during his joint press conference with Pakistan Prime Minister Imran Khan, India’s response in Parliament was to invoke the Shimla Agreement and the Lahore Declaration as the basis to resolve all issues between India and Pakistan bilaterally.

The question is why India needed US President’s intervention to make it croak the pet lines of bilateralism. Why did not our External Affairs Minister put the condition on the US President to ask Pakistan stop terrorism for starting the bilateral negotiations with Pakistan? Related to it is the question why did not our beloved PM have not denied Mr. Trump’s claims and come clean that he not asked him to “mediate or arbitrate” on Kashmir. The other question is why it took 25 years for a US President to publicly announce it concerns over Kashmir.

The story so far is, India has opposed any third-party mediation on Kashmir. This is because India’s defence is quite weak over Kashmir in wake of Pakistan‘s claim of unfinished agenda of Partition of India, and Kashmiri’s claim the will of the people has to be made supreme.

India also feels that mediation in such mediation would always favor the weaker party, and in such case the third part mediation will give muscle to the Pakistan’s claims and to the people of Kashmir’s claim. In such case India do not see any significant gain from third-party mediation. At best, India may like the third parties to diffuse tensions at the Line of Control and the International Border but not beyond that.

So then all boils down to bilateral negotiation. India finds it a suitable alibi because as a regional power it superiority in conventional and non-conventional military strength. In such any such bilateral talks can only be held for name sake having no conclusion coming forth.

In the end, since any solution is not going to be agreed upon the parties concerned, the Kashmir problem remains will remain where it was 1948. The summery is unless parties concerned are not willing to concede their fossilized stand on Kashmir no peace can be hammered out through bilateralism or multilateralism. In such case, Kashmir issue will remain an unresolved conflict for some more time to come. 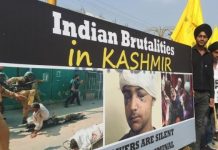 Azadi : A sentiment that has consumed over one lakh Kashmiris and 4000 Indian soldiers 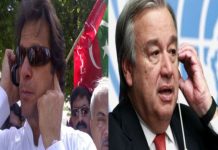