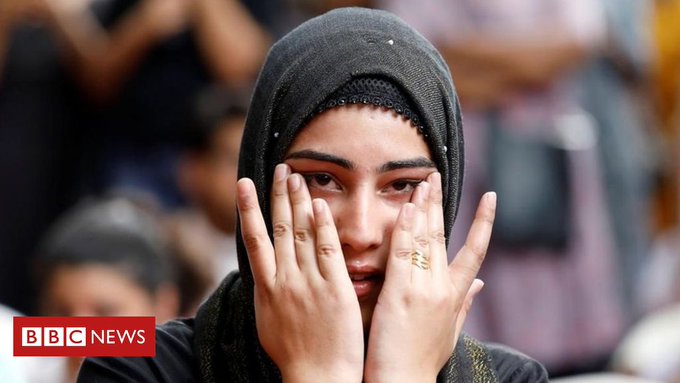 It is just as well that the BBC has decided to expand its shortwave radio service in Kashmir to beat the communications blackout. This is not the first time the BBC has played this role – and for good reason. Because the supine, mainstream media in L.K. Advanis words crawls when it is asked to bend.

Prime Minister, Narendra Modi had touched on the reasons for this spinelessness in his very first speech in Parliament in May, 2014. Although he did not mention the media, he traced the general obsequiousness to 1,200 years of “ghulami” or subjugation. Moghuls cannot be blamed for warts on the media”s face because in their period there was no media to speak of. Yes, one great editor of a paper called Urdu Akhbar, was tied to a cannon by the British and blown to smithereens for his critical writings. The Editor, Molvi Mohammad Baqar was the son of the greatest stylist in Urdu literature, Mohammad Hussain Azad.

The media, as we know it today, was a gift of the British. The imperial DNA is indelibly embedded in this media, both electronic and print, which dominates the Indian mindscape.

Mark Twain had put his finger on the nerve. “There are only two forces that carry light to all corners of the globe – the sun in the heavens and the Associated Press down here.”

It is this western “ghulami”, which tempers our nationalism. To wear the badge of nationalism, the formula is simple: heap hatred on Pakistan and work assiduously to have your progeny parked permanently in the US.

The other day The Indian Express devoted its entire front page to an advertisement about itself. The heading was: “Is Your Opinion Yours?”

“Your opinion should belong to you.”

The ad signs off:

For the Indian Intelligent.”

The ad is loaded with irony. One full inside page of the newspaper, at least three to five times a week, is a straight lift from The Economist including its main editorial. Why Xi Jinping is slipping, how Putin”s end is round the corner, why Maduro must quit Venezuela, how the Jewish museum in Berlin reflects the Muslim-Palestinian perspective and so on. This is in addition to countless other news items from French, British and American news agencies.

How then do you explain the July 28, 2019 page one of the Indian Express asking a young lady, stepping out into the world, “Is your opinion yours?” It is a little impertinent of the newspaper to pose the question when its own opinions on foreign affairs are The Economist”s, and sundry western agencies. Most newspapers are guilty on that count.

The Economist is a great magazine but it represents interests of the right-wing western establishment. By having this publication saturate our media space, we expose our ruling class to a point of view which is not ours, unless we have avowedly surrendered our independence to our previous masters.

What the BBC is proposing now is to expand its short wave radio to beat the blackout in what is now “undisputedly” India. Here is yet another irony. The BBC has always had credibility in a state where a balanced, fearless Indian media would have gone miles to win hearts and minds.

When the senior Mirwaiz Mohammad Farooq, the present Mirwaiz”s father, was assassinated in 1990, I accompanied BBC”s Satish Jacob, to cover the Mirwaiz”s funeral at the Idgah. Why did Mark Tully the Bureau Chief himself not cover the most important of stories? After all, 72 men and women were killed in the violence. Since the BBC radio was the only credible media which covered Kashmir, Tully would be mobbed because he was too well known. Satish, his deputy, would turn up with his fancy recorder but he would project himself as “German radio” which the agitated Kashmiris had no interest in.

I sought protection joining the funeral as Satish”s sidekick. My appearances on Doordarshan were on issues unrelated to Kashmir. But the agitated processionists put two and two together and, not only did they identify me, they turned upon me with unspeakable fury. They had recognized me from my Doordarshan appearances. I had incurred their wrath because in a BBC radio interview I had pointed my finger of suspicion for the murder of Mirwaiz at various groups in the valley but not on Indian agencies. “You are a sarkari chamcha” they jeered at me.

The mob multiplied in geometrical progression. Soon I had thousands, arms raised, about to assault me in unison. It was a frenzied, lynch mob. Just then a short man with light eyes, wearing a blue shirt and trouser, whipped out a revolver. He shouted above the din. “I shall finish him off.” Then he waved his revolver at the howling, screaming mob. “Move back.”

He dragged me by the sleeves to the exit. “Now you can go, and do not be seen here.” He was Feroz from the Jammu and Kashmir Liberation Front (JKLF). This was the Front”s signal that it was not anti-India.

The story now has taken a much more blistering turn. The BBC”s credibility will grow astronomically unless strings are pulled at its head office in London with the following message: “Look, you have turned your face away from the Palestinian story under pressure of the Jewish lobby. Why can”t you turn your face away from this one? BBC will have to ponder. The Arab audience has been neutralized by Israeli stratagem, Saudi money and the western media. But is the BBC prepared to forgo the steady, reliable clientele in Pakistan?

The only balm on the wounded Kashmiri psyche will be to shut up the screaming jingoist anchors controlling the multiple channels. Open the valley to a balanced, independent media. It may take time but it will work in the long run. Of course, I may be speaking out of turn because no one quite knows the depth of the brutality inflicted on the people. Only when the dark curtain of secrecy is lifted from the valley will we know whether the wounds are amenable to any kind of cure.

(Saeed Naqvi is a senior commentator on political and diplomatic issues. The views expressed are personal. He can be reached on saeednaqvi@hotmail.com) 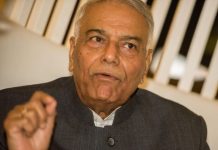 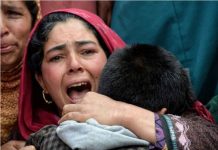 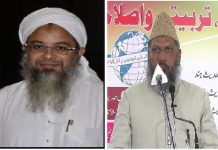