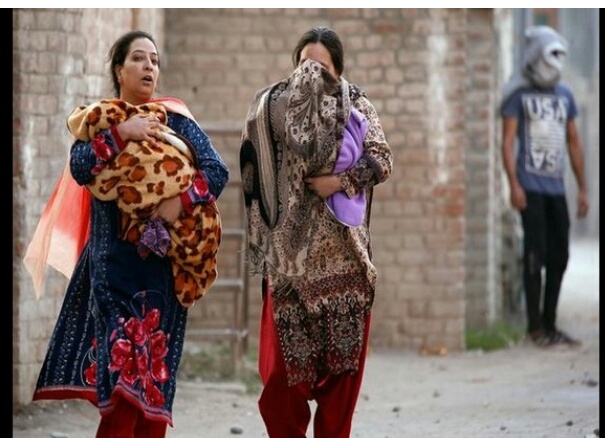 The Dawn reported that such incidents have been continued since the 2005 earthquake when several women in PoK were kidnapped, sexually abused and raped in relief camps.

Now, the women living across the Line of Control (LoC), who face cross-border firing, are hesitant to take shelter in community bunkers and camps but prefer to get migrate to safer places.

“They tell me that the stories of what happened to girls in relief camps and community bunkers are known across Kashmir. That’s why they didn’t want to move into the temporary shelters set up by the government. Instead, they came here, to Bara Kahu (Islamabad). They are one of the fortunate few families who could afford to do so”, the Dawn reported.

The community bunkers, several of which were built by relief agencies like the Islamic Relief in the 1990s, are small dark spaces of about 13×7 feet.

“During heavy shelling anywhere between 20 to 30 people have to cram inside, hoping against hope that a mortar won’t come their way. I am told that it is within these bunkers and camps that sexual exploitation takes place”, the paper reported.

These cases, however, go unreported and undocumented. Notions of ‘shame’ and ‘honour’ have pushed generations of abuse survivors into silence.

The newspaper quoted an unidentified resident of Neelum Valley in PoK who spoke of the abuse he had perpetrated on women when he was a young teenager in the 1990s.

“The term he used for all instances he engaged in — from molestation to penetrative rape — was ‘setting’. Larki ke saath setting ho gaye (I got in a setting with a girl) is a common phrase. While the phrase may denote consent from both parties, what women feel about such ‘setting’ is often ignored, their consent either assumed or not deemed significant”, said the daily.

It further added, “As the man said to me, “larkiyan tou shuru mein sharmati hi hain” (women are always shy in the beginning). Women’s rejection of men is dismissed as mere shyness or nervousness; they must all be willing, they must all come around to liking it. However, in other cases, he himself admits, “kuch zabardasti bhi karte thay” (sometimes we would force it). He said he had engaged in seven or eight such ‘settings’”.

Such incidents of sexual exploitation of young women by local residents and army men are many times neglected by society. However, the victims remain in dilemma for rest of her life.

“In our society, no one wants to speak about such things. Even when the elders in the family found out, no one wanted to bring any attention to what had happened.

“They would say ‘inse shaadi kon karega?’ (who would marry them [the girls]?)… if ever there was any noise, a tamasha, the families themselves would try to cover it up. They would say ‘keera kaat gaya kuch nai hoa’ (nothing happened, she yelled because of an insect bite)