Thiruvananthapuram : Thousands of PFI ( Popular Front of India ) activists  staged massive protest  march across the state on Monday   to  against the Supreme Court verdict on the Ramjanmabhoomi land dispute case .

The police arrested 70 members of the organization in Wayanad district.

The police arrested the activists when they began their march on the Kozhikode-Mananthavady road. The members began the march with slogans and led by the district secretary S. Muneer. 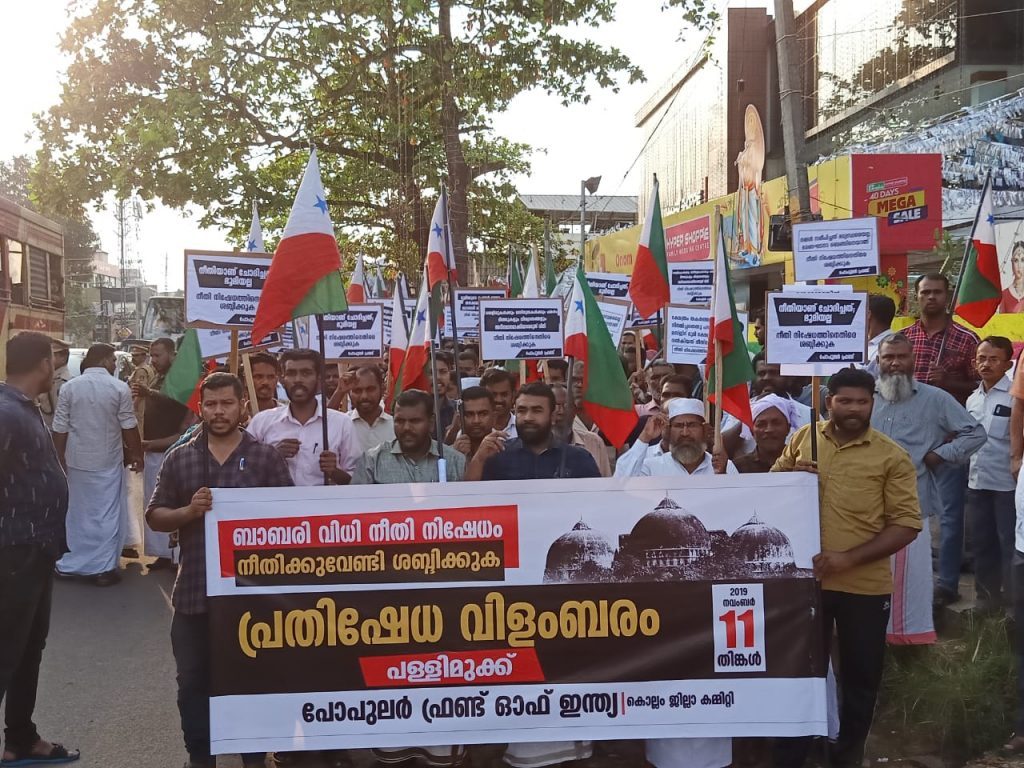 The protesters began to march on the Kozhikode-Mananthavady road by evening. However, a police force had already camped at the area and they quickly arrested the PFI protestors who began the march. 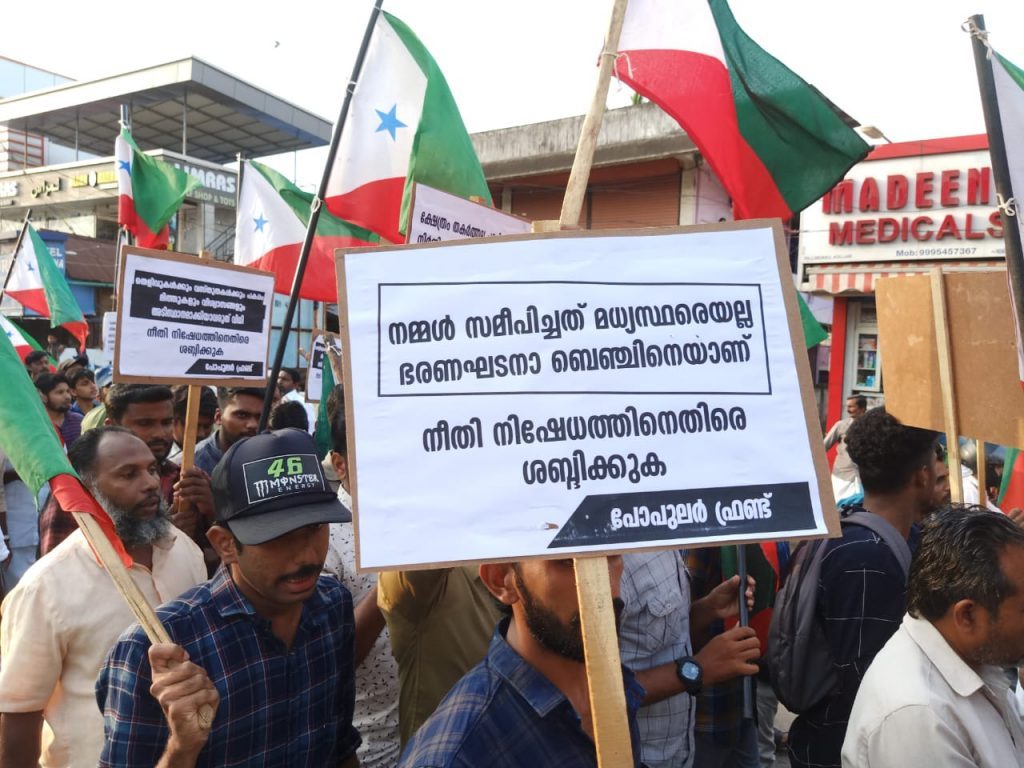 The police removed the activists using Police vans and jeeps. The police also took into custody the placards and the mike sets used by the protesters.

Jharkhand government had banned PFI on Feb 2018. Later the Jharkhand High Court on August 28 lifted the ban. However the govt. re-imposed the ban on the organization on Feb 2019

PFI is the largest cadre based Muslim organization which is active pan India especially in South.

9,797 passengers under home quarantine in Delhi