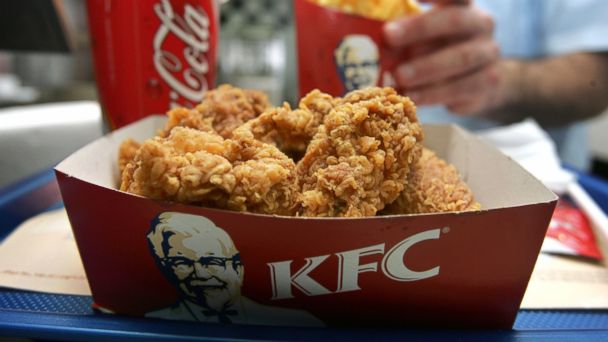 HYDERABAD: According to an independent investigation carried out by Bhopal based journalist Anam Ibrahim, KFC is duping customers by serving non-halal chicken and using fake Halal certificates.

Ibrahim got an inkling of the alleged fraud when he visited a KFC outlet in DB Mall, Bhopal where he asked the outlet manager about the chicken being Halal or not. In response he was shown a photocopy of a halal certificate issued by Mufti Anwar Khan of Mumbai to Venky’s Company.

Noticing that the certificate did not mention KFC’s name Ibrahim inquired further, upon which he was told that the Venky’s Company supplies chicken to KFC and hence he is being shown Venky’s certificate.

When Ibrahim enquired with Venky’s company they informed him clearly that their tie-up with KFC has ended three years ago.

He then contacted Mufti Anwar Khan in Mumbai who told him that he had given halal certificate to Venky’s Company of Chennai which slaughters 1000 chicken in Pune daily.

Anam Ibrahim investigated further to find out from where it is procuring its chicken since last three years. Ibrahim claims to have discovered that its procuring non-halal chicken from Godrej Company in Mumbai. 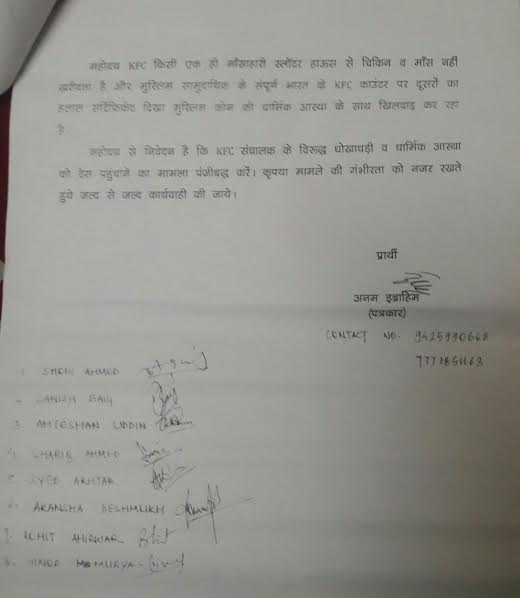 Ibrahim told MuslimMirror.com that his claims are based on a thorough investigation which also includes sting operations.

On 06-08-2016 a written complaint has been filed at MP Nagar police station (Bhopal-Madhya Pradesh) by Ibrahim along with eight other people against KFC. The deliberation of the case is being carried out by CSP Bharti Indu Sharma.

In the complaint Ibrahim has alleged that slaughter houses using machines for slaughter have been given halal certificates by Muftis whereas for a slaughter to be halal it has to be done by hand.

The complaint also says that Venky’s Company slaughtered only a 1000 chicken per day whereas the sale of chicken on each KFC counter was much more than that daily therefore it certainly procured chicken from other sources. Then how did the outlet show the halal certificate of only one chicken company.

Speaking to MuslimMirror.com Ibrahim informed that he and his associates intend to file a petition against KFC in court within next few days.

Protesting against KFC and demanding its shut down in India and world over they have written to Prime Minister Narendra Modi, External Affairs Minister Sushma Swaraj, Home Minister Rajnath , Darul Uloom Deoband, Madarsa Jahangiria Ahsnal Barkaat Paiga Bareilly, All India Muslim Personal Law Board and several other Muslim organizations in India. They have also written to King Salman of Saudi, Barak Obama and Heads of 47 other countries.

10 thoughts on “‘KFC serving non-Halal chicken’ : A police complaint filed against the company”