WASHINGTON : Jamal Khashoggi is on the shortlist of Time Magazine’s Person of the Year, the publication announced Monday.

The Washington Post columnist who was killed at the hands of Saudi agents in Istanbul, was described by the magazine as a “prolific commentator and critic of Saudi Arabia’s Crown Prince Mohammed bin Salman,” and is on the list alongside powerful world figures including U.S. President Donald Trump and Russian President Vladimir Putin.

Khashoggi was last seen Oct. 2 when he entered the Saudi consulate in Istanbul to obtain papers he needed to marry his Turkish fiancee. He disappeared shortly after entering the diplomatic building as Saudi Arabia produced various, contradictory narratives to account for his whereabouts.

Riyadh eventually admitted he died in the consulate shortly after he entered, blaming his death on rogue agents — an explanation that has come under scrutiny as pressure builds in the U.S. Congress for bin Salman, Saudi Arabia’s de facto ruler, to be held to account for Khashoggi’s death.

Khashoggi’s body has yet to be returned to his family, amid reports it was brutally dismembered and possibly dissolved in acid.

“Believed to have been murdered on the orders of the Crown Prince, his death prompted international outcry and scrutiny of the Saudi regime,” Time said.

In addition to Putin and Trump, Khashoggi is vying for the honor alongside families whom Trump separated at the U.S. border in a bid to halt future illegal immigration; the director of this year’s acclaimed Black Panther movie, Ryan Coogler; Special Counsel Robert Mueller, and Christine Blasey Ford, who brought sexual assault allegations against Trump’s second pick for the U.S. Supreme Court. 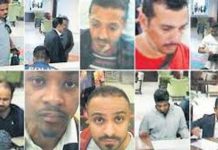 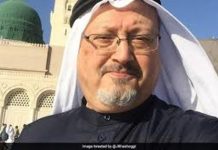 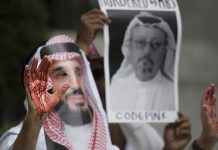