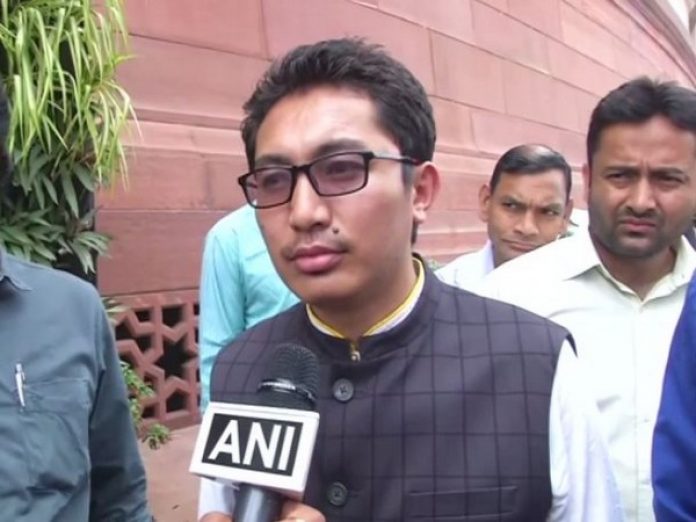 Leh: Jamyang Tsering Namgyal, the 34 year-old BJP MP from Ladakh who won many admirers for his powerful speech in Parliament supporting revocation of special status for Jammu and Kashmir and creation of separate Union Territory of Ladakh, on Thursday hoisted the Tricolour at the BJP office here and termed it Ladakh”s “first Independence day”.

Attired in the traditional dark brown ”goucha” — Ladakhi dress for men — and donning dark sunglasses, Namgyal along with senior party leader Ram Madhav and others hoisted the Tricolour in Leh.

Later, a video of him dancing in delight along with other Ladakhi men went viral.

He also posted pictures on twitter of Buddhist monks of his native village Matho hoisting the national flag and saluting it.

He said the Tricolour has been hoisted “in each and every house” across Ladakh, which “symbolises the patriotism of the people and their unwavering commitment towards India”.

Earlier, he tweeted: “It is always an honour to celebrate Independence Day with the people of Ladakh. The presence of Shri Ram Madhav ji has made this celebration even more special accompanied with UT status. #NewLadakh.”