New Delhi. 27 Muslim member of Parliament have been elected for Lok Sabha. Although Muslim population in India is 14.2% as per the census of 2011 but their   representation in the Lower House comes to less than 5 per cent of its total composition.And as per the population of Muslims the number or parliamentarians to represent them should be at least 70.

The highest number of Muslim parliamentarians elected were 34 in 2004 when the Congress led UPA had formed the government.

The outgoing Lok Sabha had the lowest representation of Muslims since 1952. Only 23 Muslim MPs made it to the Lok Sabha in 2014. However this time the number has increased  slightly.

Given below are their names /  constituencies /state and party. 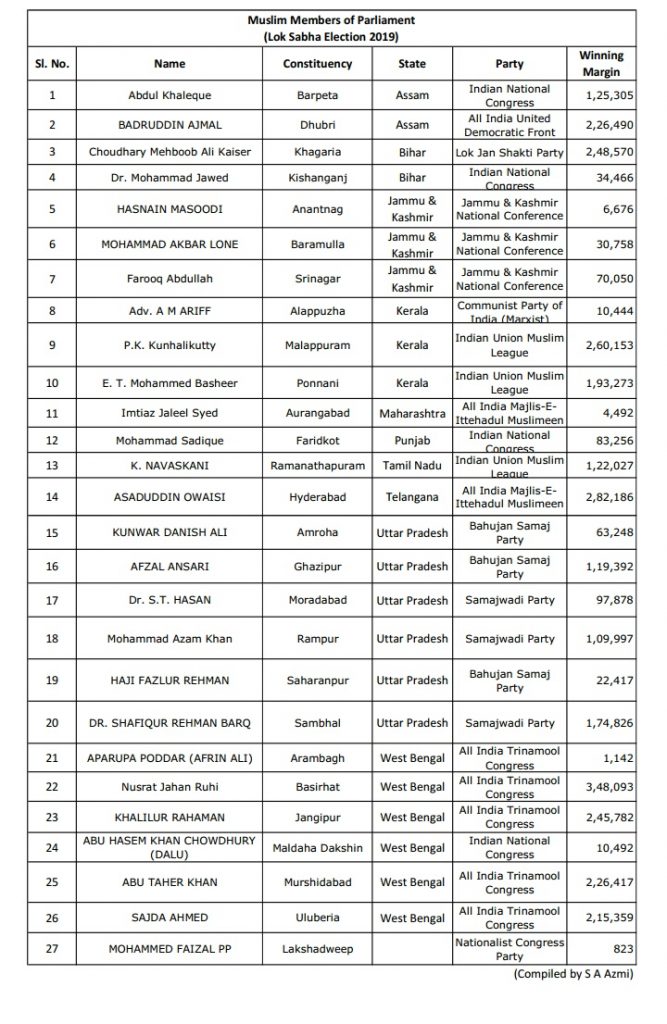