A Professor from Madras University was describing the background of Champaran Satyagrah of 1917, at an International Conference on India Vietnam Relations through the Prism of Gandhian and Ho Chi Minh Philosophies at Centre of Southeast Asia and Pacific Studies Sri Venkateshwara University Tirupati, Andhra Pradesh on March 18, 2019.

As the learned Professor was speaking why Mahatma Gandhi launched the mass movement from Champaran, my mind was jogging the memory lane doing the the visual text of Pooja Shakun, leader of the Akhil Bharat Hindu Mahasabha,   who had enacted the assassination of Mahatma Gandhi on October 2, 2018.

Professor was saying that a Gandhiji’s disciple, Raj Kumar Shukla, goaded Gandhiji to visit Champaran and do something about the plight of the indigo farmers and their families who are reeling in penury and living in inhuman conditions.

Gandhiji asked Acharya J.B Kirpalani, Dr. Rajendra Prasad and others to go to Champaran and prepare a report on people’s sufferings there. The Congress workers came up with a detailed survey of the villages, accounting the atrocities and terrible episodes of suffering, including the general state of degenerate living.

Gandhiji after going through the report pulled up Acharya Kirpalani saying; you have written so many things in this, but they all are about men, you have not all mentioned anything about the condition of women in Chaparan, why?

Acharya told Gandhiji that social equations in Champarn did not allow any outsider that too a male to talk to female and that being the reasons of non-inclusion of any information about the women there. He suggested to Gandhiji to send a women team to assess the condition of women in Champaran.

As they roamed in the streets they found only men folk and children on the streets and to their utmost surprise no woman were there in public view. They realized that most of them were living inside the closed houses.

Kasturba haggard and tired knocked the door of one of the houses in the strret of Champaran. A very feeble female voice emerged from inside asking their whereabouts. Kasturba told them they are woman travelers and like to have a glass of water to quench their thrust.

And after a while the door was opened ajar and a female hand with a glass of water emerged from the door. Kasturba drank the water and asked for more for her colleague and then asked for permission to be let inside the house.

After getting inside the house, Kasturba told the women that they have come to assess the conditions of the women in Champaran and ask them the reason why most of them remain indoors.

The woman gave a chilling account of the plight of woman in Champaran. She said there are three women in the house and between them there is only one SAREE, to wrap their bodies. So they take turns in the morning to fetch water from the well and go to attend the nature’s call after the sunset in the fields.

When Ksasturba submitted the report, Gandhiji was deeply moved by the condition of the people living in Champaran. The sufferings of the people there compelled him to change the strategy of freedom struggle in India. Thus Satyagrah became the main weapon of Gandhiji to protest the presence of British rule in the country. The Champaran Satyagrah was the first mass movement that has a seminal place in the struggle for freedom in India.

Now coming to the Visual Text Analysis of well clad Pooja Shakun, leader of the Akhil Bharat Hindu Mahasabha, the only words that come to my mind is ‘arrogant’, ‘ignorant’ and ‘pitiable.’

Pooja Shakun, well fed and well clad lady who had enacted the assassination of Mahatma Gandhi hailing his murder Nathuram Godse as her hero if had undergone even a little of pain and suffering of the women in Champran, she should have shuddered to train her guns at the father of the nation even though symbolically.

The Champaran Satyagraha was the first Satyagraha movement launched by Mahatma Gandhi in 1917.   It was a farmer’s uprising against Indo cultivation that forced them to live in live in abject penury.

As Indigo was used to make dye the British forced the North Indian farmers to grow indigo for its exports value. Under Colonial laws, many tenant farmers were forced to grow some indigo on a portion of their land as a condition of their tenancy. Since this cash crop barely gave any returns to the farmers there was much resentment and anger among the farmers for growing this crop.

When Gandhiji returned to India from South Africa in 1915, he saw peasants in Northern India oppressed due to indigo plantation. He was moved by their conditions and used the methods to Satyagrah as a mass protest movement against injustices going on in the country.

The Champaran Satyagrah is a major landmark in the Indian Independence Movement. The mock assassination by Pooja Shakun, on October 2, 2018 is another landmark in the history of the country. Well these are some of the inchoate images  of changing India.

Syed Ali Mujtaba is a journalist based in Chennai. He can be contacted atsyedalimujtaba2007@gmail.com 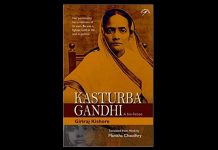 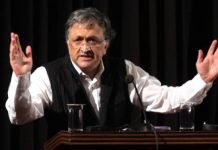 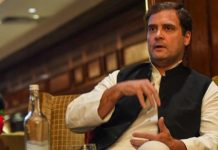