New Delhi: In a surprise move the All India Muslim Personal Law Board has called off nationwide agitations against Triple Talaq Bill of Modi government.

Board’s general secretary Maulana Wali Rahmani  in a press release has instructed to wind up all agitations planned  against Triple Talaq Bill  being held across the country.

Maulana Rahmani didn’t give any clarification regarding his U-Turn on  the agitation.

Interestingly the 4th April protest which is scheduled for tomorrow has been exempted from his wind-up message.

It should be noted that Board’s decision to include Muslim women in the protest ware being criticized from many quarters. 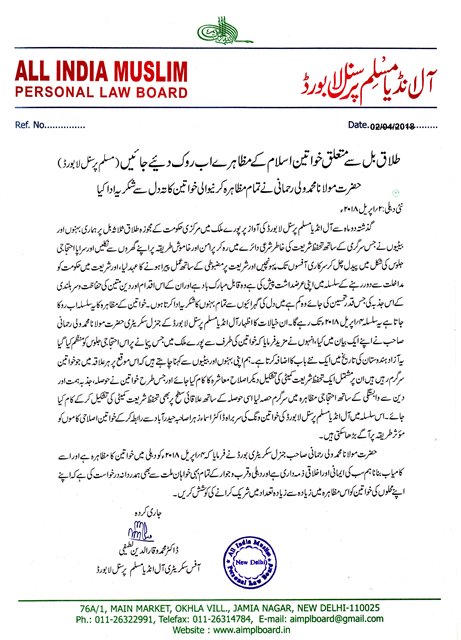 On the contrast Maulana Rahmani has appealed to the well-wishers of the community surrounding Delhi –NCR to bring Muslim women in large numbers to Ramlila Maidan and make the event a grand sucess.

4 thoughts on “Maulana Wali Rahmani makes a U-turn on ‘Triple Talaq Bill’ , calls off agitations against the Bill”