Meerut :  Dalit leader and Bhim Army chief   Chandrashekher Azad ‘Ravan’-  who was arrested on Tuesday  for poll code violation when he was planning to take out a motorcycle rally, allegedly without permission has vowed to knock out PM Modi from  Varanasi in parliamentary election.

He reportedly fell ill after he was taken into custody, and then was admitted to hospital.

Ravan has announced that to make sure that PM Narendra Modi loses from Varanasi, he will himself contest against him if the SP-BSP alliance fails to field a strong candidate. “I will go to Varanasi to contest the election against  tyrant king Modi who is the  killer of  our Muslim brothers, ” Ravan told NDTV.

While undergoing treatment at the hospital in Meerut, Ravan said, “Our padyatra was stopped by the police at the behest of UP government. We had proper permission but administration cancelled it and didn’t inform us. We are going to organise a big rally at Jantar Mantar in Delhi on March 15.”

Ravan had earlier also said that his outfit would field its own strong candidates against Prime Minister Narendra Modi and Union minister Smriti Irani from Varanasi and Amethi constituencies if the SP and BSP alliance failed to do so. 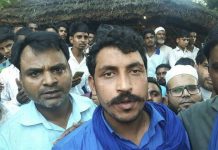 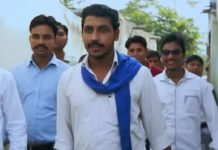