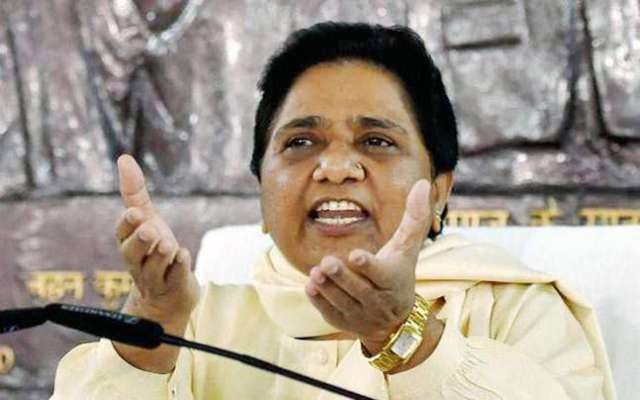 Lucknow, March 19 : A day after BJP leaders prefixed ‘Chowkidar’ (watchman) to their Twitter handles, BSP leader Mayawati on Tuesday hit out at Prime Minister Narendra Modi, saying he has changed his profile from ‘Chaiwala’ to ‘Chowkidar’ only to get votes in the Lok Sabha elections.

“Ignoring the philosophy of simple living and high thinking, a man (Modi) who lives a regal life had advertised himself as ‘Chaiwala’ in the last Lok Sabha elections.

“The same person has pronounced himself a ‘Chowkidar’ with great pomp and show in these elections only to seek votes. My country is actually changing?” Mayawati tweeted.

Ahead of the Lok Sabha polls, Modi last week tweeted a video with the hashtag ‘#MainBhiChowkidar’ (I am also a watchman) and changed his Twitter handle to Chowkidar Narendra Modi. The Prime Minister also called all those fighting corruption and social evils ‘watchmen’ and asked them to participate in the campaign for a better India. (IANS)