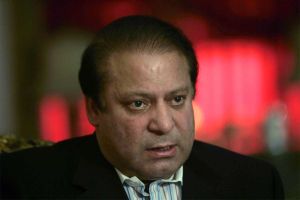 Islamabad, May 12 : Nawaz Sharif, who has twice been Pakistan’s prime minister, is set to lead the country for the third time after unofficial results placed his party in a comfortable position against his political rivals.

Sharif’s Pakistan Muslim League-Nawaz (PML-N) Sunday morning led in the elections by a big margin over other rivals.

Of the 152 seats so far secured by different parties, the PML-N bagged 86 seats, 21 went to the Pakistan Tehrik-e-Insaf (PTI) or Justice Movement of cricketer-turner-politician Imran Khan, 15 to the Pakistan Peoples Party (PPP) of President Asif Ali Zardari, 9 to independent candidates, 8 to MQM, 4 to JuI-F, 2 to Jamat-e-Islami, 2 to Pakhtunkhwa Milli Awami Party and 5 to others, reported Xinhua.

It may take hours for the Election Commission of Pakistan to announce the final results as thw counting of votes is continuing.

However, judging by the PML-N’s share of the 152 seats for which results have so far been unofficially declared, it is set to win the National Assembly elections.

Late Saturday night, Sharif emerged from the terrace of his home in Lahore to speak to his thousands of supporters who gathered to celebrate the victory.

“I want to thank and assure you all that I will honor all commitments I and my party leaders had made during the election campaign,” Sharif told the cheering crowds.

Referring to some problems the country is currently facing, he invited all political parties to dialogue to find out solution to the problems so the nation could take a sigh of relief and lead a prosperous life.

Nawaz Sharif, who won two seats in the May 11 elections, has served as the country’s prime minister for two non-consecutive terms from November 1990 to July 1993 and from February 1997 to October 1999. However, his both governments were dismissed before completing constitutional term.

Former military ruler Pervez Musharraf had last dismissed his government in 1999, and sent him to exile to Saudi Arabia.

Sharif will be leading Pakistan at a time when the country is facing some serious problems, including the worst energy shortage, extremism, corruption, bad governance and poor economic condition.

When he spoke to his supporters in what was described as “victory speech”, Sharif announced that he has already set an agenda in his mind to “steer Pakistan” out of the current situation.

As a two-time prime minister, Nawaz Sharif has years of experience to deal with the challenges Pakistan is facing.

Analysts are of the view that Nawaz Sharif will mainly focus on economy as he had run his election campaign on economic agenda.

Suhail Warriach, a political commentator and columnist, said that the PML-N chief had himself highlighted his economic agenda during the campaign and now he has a golden opportunity to implement it.—IANS.