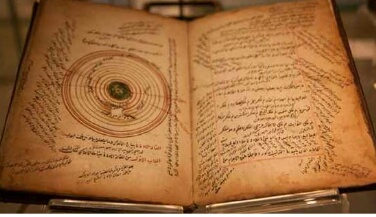 This is the gist of the talk I gave in the Session on Madrasa Education in the recently concluded Muslim Education Conclave organized by MESCO at Hyderabad.

I have immense respect for Ulma and firmly believe that ideally they should be the leaders of the world. But if Ulama are to assume Imamat (Leadership) of the world they will have to know the world. Unfortunately, today’s Ulama hardly understand the dynamics of the world. They have to understand in depth the ideologies and the functioning of the systems that are ruling the world today and how they are different from Islamic point of view.

Qur’an is not just kitab-e hidayah (Book of Guidance) but also Kitab-e Ilm (Book of Knowledge). Quran is as much a book of natural sciences and social sciences as of Shariah. During one of my talks, a young Madrasa pass-out asked me: “Do you think Qur’an is the book of physics?” I answered, “No, I do not think that Qur’an is the book of physics. But I think that Qur’an is also a book of Physics. Qur’an has so many terms like Sab’a samaawaat, buruj, raj’a, hubuk, nujum, kawaakib, masabih, Tariq, Shihab-al Thaqib, najm-al thaqib, which have astrophysical significance but unfortunately Islamic religious institutions have not cared to explore and develop subjects like Physics, Chemistry and Geology. Quran gives very powerful indications of how the universe functions and how they affect the life on earth.

The starting point of what I call Applied Islamics was an observation when I was the MBBS second year student of the King George’s Medical College, Lucknow.  It was in 1977 and I was just 18 then. While studying Brain Anatomy, my attention got suddenly drawn on the Sensory Map of the human organs present in Postcentral gyrus, which controlled the senses of the body. The sequence of the organs on the map was the same as we follow in Wudu. I immediately sat on it and studied all the literature available.  I authored an article, “Wudu: An Anatomical Analysis” and sent it to Radiance, which published it in its special Eid issue.  Then in the 3rd year, while we were being taught about “Decubitus”, which is about the diagnosis of certain diseases on the basis of certain postures which patients assume, there was one posture, “Mohemmadan’s Prayer Position”. Certain patients tend to be in a position close to Sajdah, which gives them relief. My curiosity and studies led to another article on Namaz. These articles were later reproduced by some Muslim magazine from London and Kuwait Times. Then after books like “Family Planning in Islam”, “Islamic Model for Control of AIDS” and “Islam means Peace”, I developed the idea of trying to establish Applied Islamics as a full-fledged subject.

Let me tell you something about the purpose of the creation of man. There is an Anthropic Principle in Theoretical Physics which discusses the question of the purpose of the creation of man. As the current sciences have an overwhelming influence of anti-religious economic forces, physicists decided to discuss all the principles of physics without mentioning God. They gave an atheistic definition: man is the best product of creation because if man was not there, there would be none to admire and describe the beauty of the universe. There are various versions of the Principle like Strong and Weak versions. The True Version is provided by Quran: “I created man and jinn for no other purpose except for obeying God in entirety”. While “sajda, tasbih and taqdis may be common to all the components and creatures of the universe, “abdiyyat” is exclusive for man and jinn, as it is they alone who follow the laws and commands of God through knowledge and conscious efforts. Quran clarifies that man has not been created just to describe the beauty of the universe but to attain realization of the fact that the beauty and harmony of such a complex, huge universe could not have existed without an All-Knowing, All-Powerful Creator and Lord and then follow His commands in the world.

I am sorry to say but the truth remains that only a small portion of Islam is taught in Madrasas. For example if some young science student asks, “Quran says that everything in the universe performs sajdah to God; I see moon and sun on regular basis but I have never seen them prostrating”, can a Madrasa product answer this question to his satisfaction. (After my speech, somebody said that Ulama have described that Sajdah means following “Qawaaneen-e Ilahi”. I asked him, “but has any attempt been ever made to describe what are the Laws of God created and implemented by God. These are what Physics is all about. Similarly, Quran says, “there are some benefits in Wine but its harms are much bigger.” But the details of the benefits and harms, the names of diseases and statistics are never taught.

Applied Islamics means critical analysis of the current theories in all kinds of sciences and the systems prevalent in the world in the light of Islamic principles and introduction of alternative Islamic definitions, concepts, paradigms, indices, models, programmers and policies aimed at creating a cleaner, purer, healthier and more peaceful world. The subject now needs attention of everyone and the introduction of Applied Islamics in the Madrasa curriculum as well as in Islamic Departments would be the first step in establishing this at the international level.

The world today is governed by Economics and the forces of economics make money out of the problems as well as solutions. The market forces globalize evils through a well-thought out process of Normalization followed by Institutionalization, Legalization and Commercialization.  If Applied Islamics is introduced, the Islamic World will be in a better position to launch a movement against the corrupt ideologies and corrupt concepts, which are responsible for continuous rise in crimes, family and social chaos. If some diseases have now become treatable, many others are erupting with huge mortality caused by alcohol, drugs and immoral sexual practices.

May Allah give us power and resources to understand every single word of Quran and implement Islamic principles in every field!

Dr Javed Jamil is India based thinker and writer.