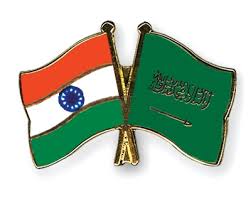 Thiruvananthapuram, March 28: A new Saudi labour policy reserving 10 percent of jobs for locals is a major issue for India as it could lead to reduced employment there for Indians, a senior minister said Thursday.

“It’s a serious issue that will affect not only India but also other countries. Yesterday I spoke to the Indian ambassador in Saudi Arabia and has asked him to keep me informed on all the developments,” Minister for Overseas Indian Affairs Vayalar Ravi told TV channels in Kerala.

The deadline for implmenting the new policy, called Nitaqat, ended Wednesday. Under this, 10 percent of jobs even in small and medium business establishments should be reserved for Saudi nationals.

Kerala’s Diaspora Minister K.C.Joseph has said that the state government is seized of the issue and Chief Minister Oommen Chandy will be getting in touch with the prime minister and other central ministers to ensure they make the necessary interventions.

“The one advantage that we have is our country has excellent relations with the Saudi government. At the same time if they have such a new rule, it’s a policy of theirs and all what we can do is to intervene in the most soft manner, expressing to them our problems and the implications it would have on our economy as there would be huge unemployment in our state if the rule gets implemented in letter and spirit,” Joseph said.

According to the annual report of the Ministry of Overseas Indian Affairs, Saudi Arabia continues to be the desired destination among low- and semi-skilled workers from India, attracting 289,297 people in 2011.