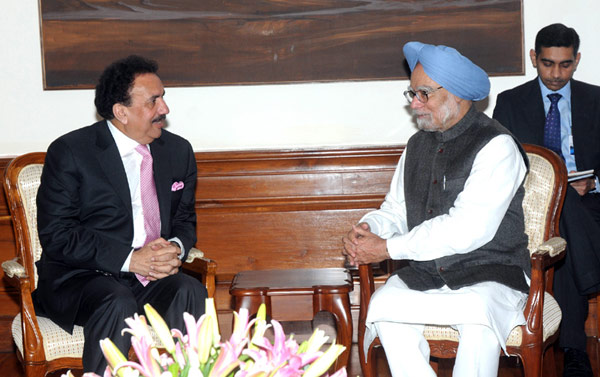 New Delhi: Mr. Sushilkumar Shinde, Home Minister of India and Mr. A. Rehman Malik, Pakistan Interior Minister jointly operationalized the new Visa Agreement between India and Pakistan on 14th December, 2012 at New Delhi. However, the Visa-on-Arrival will come into effect from 15th January, 2013 and the Group Tourist Visa from 15th March, 2013.

A Circular to this effect was issued by the Ministry of Home Affairs on Friday to all the Indian Missions, State Governments/ Union Territories, Foreigners Regional Registration Officers (FRROs), FROs and all concerned.

India and Pakistan had signed on 8th September, 2012, a new Visa Agreement to facilitate travel for the nationals of both countries desirous of travelling to the other country and to promote people to people contact.

Speaking on the occasion, India Home Minister Mr. Shinde said that the New Visa Agreement will facilitate easy movement of people across the two countries. His Pakistani counterpart Mr. Malik said that he has come to India with a message of peace and assured that Pakistan Government will take all possible steps to work together with India for moving forward for the sake of future generations.

Key features of the new Visa Agreement are as below:

• Places of visit allowable increased from three to five places

• In exceptional cases visitor visa for one year could be issued in the past. Now provision made for issue of visa up to two years in following cases:

a. Persons above 65 years of age

b. National of one country married to national of the other country.

c. Children below 12 years accompanying parents in (b) above

Visa on Arrival can be granted at Attari/Wagah check-post to persons more than 65 years of age for 45 days with single entry (effective from 15th January, 2013).

• Group Tourist Visa for 30 days may be issued for travel in groups, with not less than 10 members and not more than 50 members in each group, organized by approved tour operators/travel agents (effective from 15th March, 2013).

• Now entry and exit from different designated Immigration Check Posts can be allowed, if indicated in application.

• However, exit from Wagha/Attari on foot cannot be accepted unless the entry was also on foot via Attari/Wagah.