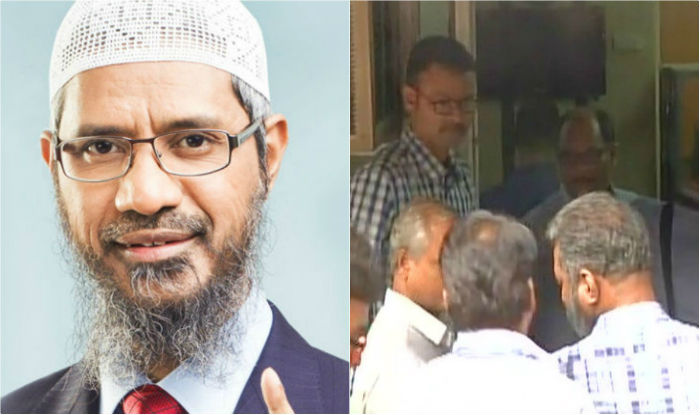 Mumbai : The NIA on Monday conducted fresh raids at multiple locations linked to NRI preacher and televangelist Zakir Naik and started blocking some online URLs linked to him and his Islamic Research Foundation (IRF).

In a day-long operation, the National Investigation Agency (NIA) team raided 19 locations across Mumbai – the second time since last Saturday – after it lodged a case against Naik and his IRF under various sections of the Indian Penal Code and Unlawful Activities (Prevention) Act on Friday.

“NIA has conducted searches at 19 premises related to Zakir Naik case. We have also started a process for blocking the URLs of online platforms connected to IRF and Zakir Naik. But, we have not restricted to websites, Facebook and Youtube. It is being done following the due process of the extant status,” an official, speaking on the condition of anonymity, told IANS.

On Saturday, separate NIA teams had also conducted searches at the residences of Naik and his office bearers. The agency had also searched the premises of his immediately family members and others holding various posts in his NGO and private television channel.

An IRF account in the Development Credit Bank Ltd.’s Dongri Branch from where the NGO pays salaries of its school staffers and manages other expenses was also sealed by the NIA on Saturday.

Naik is currently out of the country, and reportedly believed to be somewhere in Africa.

Away from India since the past few months, the controversial evangelist did not come to attend the funeral of his father Abdul K. Naik, who died on October 30 here.

The IRF shot into limelight following allegations that Naik’s teachings and preachings had inspired terror strikes, including the terror siege on a Dhaka cafe in July this year that left over 20 people, mostly foreigners including an Indian woman, dead.

Peace TV was banned by Bangladesh following the terror strike.

Since the past four months, Naik and the IRF are under the scanner of Indian agencies for alleged misdeeds, spreading or promoting communal disharmony, inciting feelings of enmity between communities and inspiring or supporting terror acts.—IANS