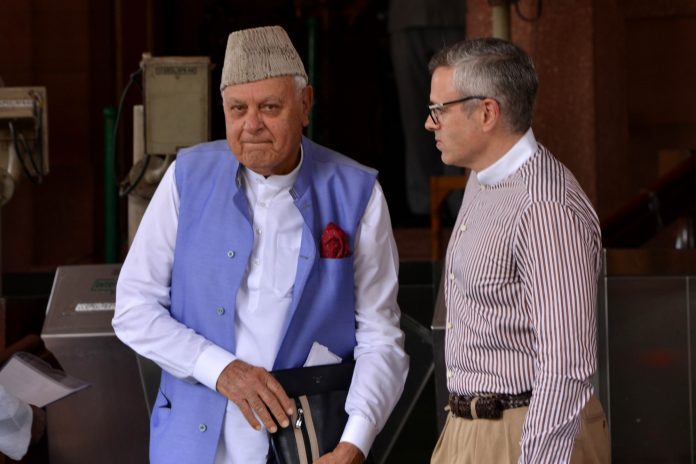 Srinagar, Feb 16: Days after the dates for bypolls to panchayats in Jammu &amp; Kashmir were announced, the National Conference has said there is no point taking part in the polls when the top leadership of the party continues to be under detention after the abrogation of Article 370.

“There is no point contesting the panchayat elections when the party president, vice president and general secretary are under detention,” said National Conference spokesperson Imran Nabi Dar, adding “They are the ones supposed to sign the nomination papers of the contesting candidates.”

Sources within the PDP said with its top leadership under detention the party is yet to take a call on taking part in Panchayat polls.

Panchayat elections were last held in J&amp;K in 2018 which were boycotted by the main Kashmiri parties – PDP and National Conference.

The electoral exercise has been announced at a time when three former chief ministers continue to be under detention since the abrogation of Article 370 on August 5.