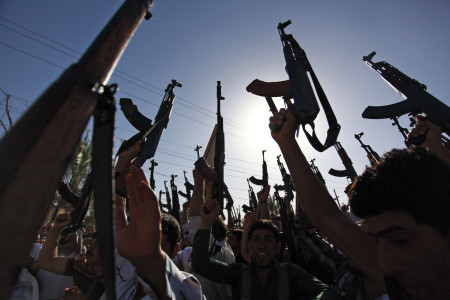 New Delhi: To counter terror organisation ISIS”s literature of jihad and crimes against humanity, India has started creating an internet-based “non-official channel of religious leaders” to stop Muslim youths from falling into their trap, sources said on Friday.

The Muslim clergy will be trained to create YouTube channels, podcast, accounts on social media and websites to counter ISIS narrative. Further, the clergy has been directed to highlight the atrocities carried on women and children by ISIS chief Abu Bakr al-Baghdadi.

Al-Baghdadi, who was the highest-ranking terrorist leader since al-Qaeda leader Osama bin Laden, was killed on October 27 in a US special forces raid at a sleepy village of Barisha, in Idlib province of northwestern Syria.

The Centre has stated that ISIS has exploited the internet in a very organized way for its every terror-related activity such as radicalisation, training, recruitment, planning and execution. “This needs to be countered in a similar way,” said a senior IPS officer posted with Ministry of Home Affairs (MHA), adding that merely arresting the Muslim youths is not going to solve the imminent threat.

He said the Prime Minister Office (PMO) has directed Intelligence Bureau, National Investigation Agency and all the police chiefs across the country to expedite the process of setting up of non-official channel of religious leaders.

Intelligence and law enforcement agencies have found that the arrested ISIS members and sympathizer were radicalized online. They also stated that it was common in all the modules busted in Hyderabad, Kerala, Tamil Nadu, Uttar Pradesh or Delhi so far that the leader of the local outfit was in contact with a “foreign handler” who was channelizing the module through “online preaching”.

“That needs to be countered,” the officer said.

The PMO directives also stated: “Mainstream forces from the Muslim community should be utilized in countering any instance of radicalistion in any corner of the country.”

It further stressed: “Creation of an internet-based non-official channel of religious leaders to provide right kind of advice and guidance to the Muslim youth who are misled by illogical information which they come across.”

Sources said it is found that Zakir Naik, who fled India in the wake of Bangladesh”s Dhaka cafe blast of July 2016, has done a lot of damage by spreading hatred and funding terror. He is now in Malaysia, which has given him permanent residency.

The numbers are not so alarming, but Indian authorities are taking various initiatives to bring it down.

Directing the law enforcement agencies, the PMO has suggested publicising and highlighting the counter narrative. “The negligible participation of Indian Muslims in international terrorist theatres, despite a large number of Muslim population, needs to be adequately published to help nip radicalization in the bud,” it stated.

(Sumit Kumar Singh can be reached at sumit.k@ians.in)