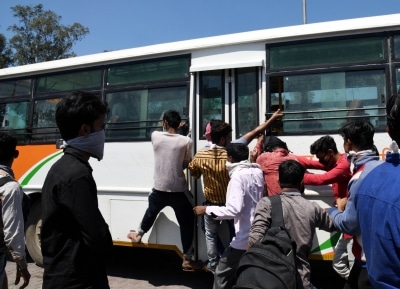 Chandigarh, March 28: People in Punjab can now get their curfew passes for emergencies, report mass gatherings, know home quarantine patients and foreign returned travellers and do a lot more on the COVA app, which will also soon provide facility of groceries, the state government said on Saturday.

Several states have adopted the unique Corona Virus Alert (COVA) app, which is underway for implementation in two provinces in Canada.

The app was launched earlier this month to disseminate official information about COVID-19 pandemic.

The app, launched by Punjab government along with its innovative Digital Punjab Team, is available on Android PlayStore and iOS AppStore.

As of March 28 it has more than 4.5 lakh user registrations and more than 20,000 views of the dashboard per day.

The application is available in English, Hindi and Punjabi.

While the app is up and running in Haryana, Rajasthan and Chhattisgarh, work on adoption of the app is in progress in Manipur, Meghalya, Madhya Pradesh, West Bengal, Maharashtra, Uttarakhand, Delhi and Leh, said Vini Mahajan, Additional Chief Secretary, Department of Governance Reforms.

A total of 11 state governments have requested access to the COVA application and dashboard for their respective states and districts, she said.

The application aims to sensitise people and share with them protective and preventive measures that need to be adopted.

The application also informs citizens of government advisories and notifications related to the matter and encourages them to check for coronavirus symptoms effectively.

Amid the curfew imposed in the state, several new features have been added to the app, said Mahajan.