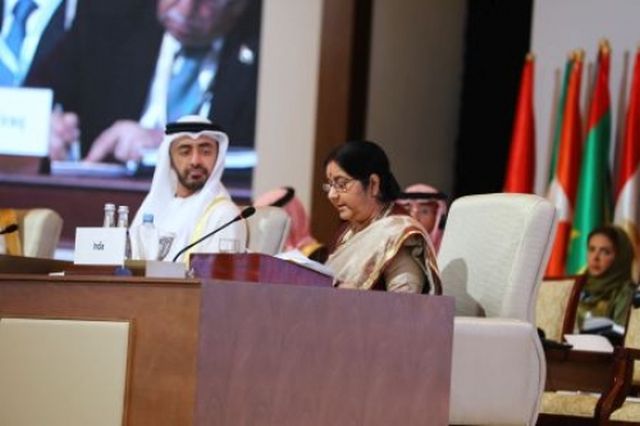 The Organization of Islamic Cooperation (OIC) held the 46th session of its Council of Foreign Affairs in Abu Dhabi, the UAE early this month. A special feature of this year’s meeting was a speech by India’s Minister of External Affairs as a guest of honor. This year marks the 50th anniversary of the organization’s foundation and many in India viewed this speech as a major diplomatic victory, with the spokesperson of India’s Ministry of External Affairs tweeting, “History is made.” [1]

However, a day after hosting the Indian minister, the OIC adopted a resolution condemning India’s role in occupied Kashmir and reaffirming its support for the “just cause of the Kashmiri people.” This, of course, angered India, and the spokesperson issued a statement claiming that Kashmir was an integral part of India, [2] and therefore, the OIC had no right to express any concern about the way India treated the people of Kashmir. India’s anger was directed against Pakistan, not against the OIC.

Earlier, the Indian media welcomed the invitation of its external minister to one of OIC’s major events as a guest of honor, citing India’s desire to join the organization since its inception half a century ago. According to one media outlet in India, “Pakistan had blocked India’s membership of the forum in 1969” [3]. Another pro-Indian magazine outside of India wrote, “India was invited to attend the first summit of the OIC 50 years ago in 1969 in Morocco. But the Indian delegation had to return midway due to a withdrawal of the invitation after Pakistan’s objection.” [4]

Why should the OIC invite a nation to become a member and then do something for which its delegation had to return midway? Wouldn’t that be a diplomatic blunder on the part of the OIC? Could the OIC survive after such a “bungle”? Yet, the OIC has not only survived, but it has flourished: its membership has since grown from a mere 24 to 57, and in recent years, India has been seeking an observer status at the institution. What happened? Why is India interested in cultivating some form of relationship with the OIC? What had gone wrong for India in 1969?

In reality, pro-Indian media outlets have been giving only half-truths regarding the incident. In 1969, during preparations of the First Islamic Summit Conference in Rabat, Morocco, India — a nation-state with a Hindu majority — filed an application to become a member of the organization. India argued that it had a sizable Muslim population and that these Muslims should be represented in the forum. The preparatory committee of the Summit Conference rejected this argument. However, an Indian appeal requesting representation of Indian Muslims was later accepted by the conference itself. The conference was already underway when the decision was made.

India decided to send a delegation to the conference headed by a Muslim minister in the federal government. The Indian government instructed its ambassador to Morocco, a Sikh, to represent India at the conference during the interim period before the delegation could arrive from New Delhi. When the president of Pakistan, leading the Pakistani delegation, noted that a non-Muslim was representing Indian Muslims, he declined to participate in the session. The Pakistani president argued that at a time when Indian Muslims were being victimized in India by the Hindu majority (an anti-Muslim communal riot was ongoing in the Indian city of Ahmadabad at that time), he could not attend the conference with a non-Muslim representative of the Indian government.

Moreover, the Summit Conference granted membership to Indian Muslims, not to the Indian government, he argued. In order to accommodate Pakistan’s protest, India’s brief membership in the organization was cancelled by the conference. That is why the Indian delegation had to return home midway.

Now, it should also be noted that within a couple of years India took revenge of the humiliation it suffered in 1969. In 1971 when Pakistan was involved in an internal crisis, the OIC Secretary General Tunku Abdul Rahman, a former prime minister of Malaysia, attempted to reconcile between East Pakistani and West Pakistani leaders and wanted to visit India where many East Pakistani leaders had taken shelter, India refused to grant him visa. The OIC’s effort to mediate in Pakistan’s internal crisis was foiled at its very inception.

On the question of why India is interested in having better relations with the OIC now, one should note that India needs better relations with a number of OIC countries to secure its economic and financial interests. India not only has huge stakes in the oil-rich OIC countries, but the more than eight million Indians working in these countries have been significantly contributing to the Indian economy. Some affiliation with the OIC will thus benefit India.

Pakistan’s stance on the issue

Why did Pakistan’s minister of Foreign Affairs boycott the OIC meeting where the Indian minister of External Affairs was invited as a guest of honor? This posture does not seem to correspond well with Prime Minister Imran Khan’s “Naya (new) Pakistan” policy. Khan’s policy of engagement demands direct negotiation with dignity and transparency with all parties, on all issues. Besides the Kashmir issue, there are about 200 million Muslims in India, who, according to UN reports, are being constantly harassed [5] under the current administration.

For historical reasons, Pakistan has a responsibility to draw attention to reports of persecution of abused and oppressed Muslims in international forums. Yes, it is true that Pakistan has demonstrated its care and concern for the people of Kashmir, but this concern should be extended to the rest of India too. Now that India is interested in having an observer status at the OIC, it will perhaps enable OIC countries to get India to address the issues related to Indian Muslims. So far, India has refused even to allow an OIC delegation to visit India. The OIC has granted observer status to Russia and Thailand, but India also deserves this status because of the size of the Muslim population it has.

The rise of extremism

Recently the Pulwama incident [6] (Feb. 14) has caused tension between India and Pakistan. No matter who claims the responsibility for the attack on Indian military troops, for most Pakistanis the attacker was a Kashmiri and an Indian national who killed Indian occupying forces using an Indian vehicle and Indian explosives. Therefore, Pakistan is hardly involved in the incident.

However, although all suicide attacks must be condemned unequivocally, one must not ignore the circumstances that precipitate such violent acts. It is India that has created this situation in Kashmir. While the current Indian government is using the Pulwama incident to garner votes in the upcoming elections, according to some reports, every funeral in Kashmir drives the youth more toward militancy [7]. Let us remember a recent remark by Imran Khan: “terrorism is a problem for all and must be addressed by all”.

The uprising in Kashmir, however, must not be equated with terrorism elsewhere. India has not only refused to recognize the dispute in Kashmir, but has turned Kashmir into the most militarized zone in the world today. The Indian government seems very arrogant; it is now encouraging nationalistic xenophobia for political purposes. India is playing with fire. It is perhaps thinking about its victory over Pakistan in 1971. However, it hardly realizes that today’s Pakistan is not the Pakistan of 1971 when Pakistan was suffering from internal strife. Pakistan has recovered from its sickness. Now it has the potential to stand up with dignity and self-esteem. If pushed to the wall, Pakistan will definitely respond in the strongest terms.

Give diplomacy a chance

In response to the Pulwama incident, India wanted to isolate Pakistan diplomatically, but that has not happened. Rather, a number of countries, including Turkey and Russia, have offered to mediate between the two countries, but India does not seem to be interested in any international mediation. During the early days of the Kashmir dispute mediated by the United Nations Security Council, India had received support through the Soviet veto power, but now India considers itself a world power and refuses to accept any international mediation. It tried to act independently and attempted taking military action against Pakistan, but those steps have backfired. Pakistan shot down two Indian fighter jets and captured one pilot. The Indian opposition and many others want to see evidence of the claimed success of the Indian action. Failing to produce any convincing evidence, the Indian authorities are only increasing their nationalistic xenophobia.

As Imran Khan has stated, one may start a war but no one knows how to end a war. Moreover, if a war breaks out between India and Pakistan, it will not remain confined to the sub-continent. India’s founding father M K Gandhi once said, “It is unwise to be too sure of one’s own wisdom. It is healthy to be reminded that the strongest might weaken and the wisest might err.” Perhaps India’s current political leaders would hardly pay any attention to what Gandhi stood for. Nevertheless, one should always bear in mind a universal principle: humility is the key to power. India’s diplomatic achievement will depend on how much humility India demonstrates in its diplomacy. AA

(Opinions expressed in this article are the author’s own.) 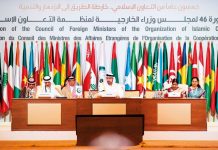 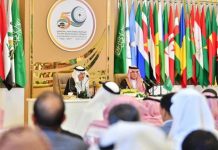 50 years of failure of the Organization of Islamic Conference 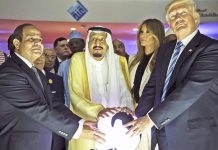 OIC Makkah Summit : Drumbeat of war in the city of peace