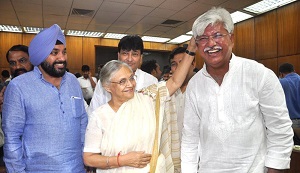 Mehndi and four others had applied for party membership and their requests have been accepted, said a source in the party’s Delhi unit.

Asif Khan had won the Okhla seat that includes Batla House area riding on the wave of Batla House encounter in 2008.