Mangaluru: “Only Muslims are Indians by choice and people of all the other religions are Indians by chance. After partition, Muslims had the option to go to Pakistan which was created on the basis of their interest and based on the priniciples of their religion” said Harsh Mander, former IAS Officer on Wednesday.

Addressing a massive rally to protest against CAA, NRC and NPR in Mangaluru  former bureaucrat turned rights activist said that the nation’s fight against the fascist forces like BJP and its parent organisation RSS began over 100 years ago when Mahatma Gandhi returned from South Africa and led the freedom movement against the British.

Harsh Mander asserted that the fight against CAA and NRC is also a fight for saving the secular fabric of this country. He added that the fight began over hundred years ago when organisations like Hindu Mahasabha popped up with their vision to turn the country into a Hindu country.

BJP and its allies and parent body are against Mahatma Gandhi’s vision of India and wants to turn it into a Hindu country where other minorities live with fear and on conditions, he added.

Coming down heavily on the BJP for introducing amendments in the Citizenship Act, Harsh called on people to reject CAA, NRC and NPR and urged them to not submit any documents sought by the government and its representatives.

“Do not give, anybody the right to ask you to prove your citizenship or patriotism towards India, especially to those who never participated in the freedom movement of this country. Never allow them to ask you about your citizenship” Harsh said.

“Pakistan was created for Muslims and complying by the principles of their religion. So the Muslims had the opportunity to go to Pakistan, but they proved their patriotism and love for the country by not choosing Pakistan over India. People of other religion, especially the Hindus, had nowhere to go they had to stay back in India. So only Muslims in this country are Indians by choice, apart from them we are all Indians by chance” he said.

He also called upon Hindus of the country to support the movement to save the country’s constitution and not submit the document during NRC and NPR. 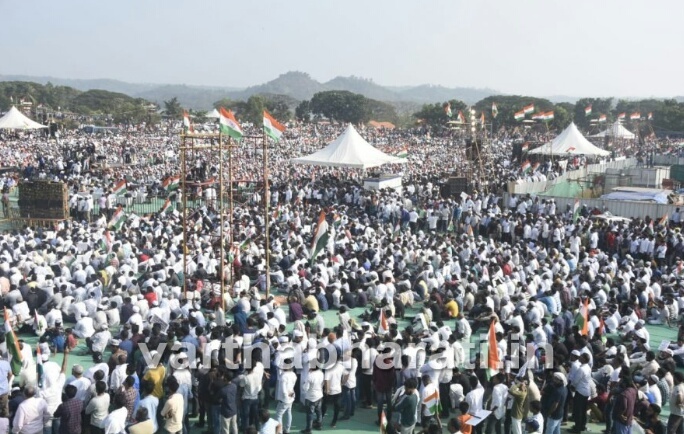 “When they ask you to submit documents during NRC and NPR don’t provide any documents and information. And when they come to grant you citizenship under CAA because you are a Hindu or Christian, tell them you are a Muslim and seek the same punishment as what is being given to your Muslim brothers. This is how Gandhiji taught us to protest and this is how we should do it. With non-violence” he added.

“I will not submit any documents and I will register myself as Muslim when the NPR representatives come to my home asking my documents. This is how I will protest, this is the way Mahatma Gandhi protested against British” he said.

One thought on “Only Muslims are Indians by choice, rest all are by chance: Harsh Mander”