The Pak Army presented one of the two pilots in front of the media, which was arrested during an air strike.

Speaking to media representatives, Indian pilot said he is a Wing Commander of the Indian Air Force and its service number is 27981.

The Indian pilot has called its name Abhinandan Varthaman, which is in the custody of Pak army and in good health, while the other pilot is being provided medical aid to CMH Hospital.

Earlier, Major General Asif Ghafoor, spokesperson of the Pakistani army, said Indian jets had entered Pakistan in response and two fighter jets had been shot down, with one pilot captured. 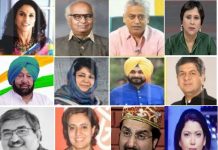 Twitter erupts in praise over Imran’s decision to release Abhinandan 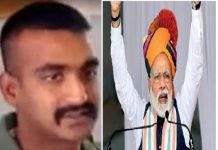