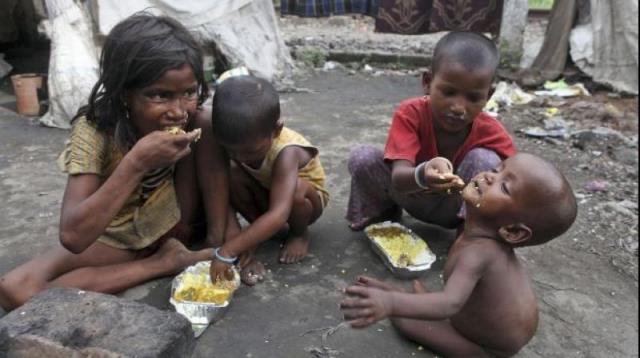 New Delhi:  Pakistan, Bangladesh Nepal and Sri Lanka far better than India in feeding their people , according to latest Global Hunger Index (GHI), published on October 15, 2019. As per GHI, India suffers from “a level of hunger that is serious as it finished at number 102 in 2019  ”

For the ruling BJP, this is a big blow as Pakistan is comparably at a far better place by finishing at 94th place in the list.

In 2017, India was ranked at the 100th position. The GHI, now in its 15th year, ranks countries based on four key indicators—undernourishment, child mortality, child wasting and child stunting. The 102nd rank means that India has failed in all four indicators. GHI is a joint project of Welthungerhilfe and Concern Worldwide.

With the Indian government constantly denying the economic crisis, this report is an eye-opener to many who are not willing to accept the economic slowdown.

Experts are also blaming the global temperature hike for driving ‘alarming’ levels of hunger. High-income countries are not included in the GHI but still show variable, non-negligible rates of food insecurity. The Global Hunger Index this year also focuses on the impact of climate change and hunger.

Forty-three countries out of 117 countries have levels of hunger that remain serious. Four countries Chad, Madagascar, Yemen, and Zambia suffer from hunger levels that are alarming and one country the Central African Republic from a level that is extremely alarming.

The Central African Republic finishes last in the list at 117th spot.