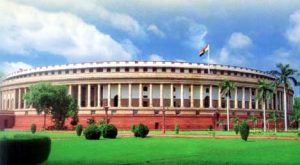 New Delhi: India’s Upper House – Rajya Sabha on Monday passed the heavily contested bill that would give quota to members of Scheduled Castes (SCs) and Scheduled Tribes (STs) in promotion in government jobs. As many as 184 votes were cast in favour of the bill while there were eight votes against it. However, lakhs of government employees are on strike in Uttar Pradesh and Rajasthan protesting against the bill.

Now the bill will be sent to Lok Sabha, the Lower House of Indian Parliament for final test for the bill. The bill was introduced and passed in the Rajya Sabha despite the Samajwadi Party – the party which is ruling India’s largest state Uttar Pradesh — threatening to withdraw its support to the Congress-led United Progressive Alliance (UPA) government.

The Samajwadi Party had strongly opposed the bill in Parliament and its MPs had even staged a walkout in the Rajya Sabha expressing their objection to the bill. However, SP’s rival Bahujan Samaj Party – which was ousted from power by SP in April this year, had appealed to all the members to vote in favour of the bill.