Mumbai: Rahman Foundation is playing its part in mitigating the untold miseries of the poor sections of the society who have been badly hit in the Covid-19 induced ongoing lockdown.  Foundation’s workers and volunteers have set an example in this hour of human crisis. They have been providing cooked Food and Ration kit to the needy in three states and their major cities. Over 15,000 families were provided Ration kit containing essential food items for fifteen days.

Foundation is doing these charity activities under the guidance of its founder Shaikh Khalil-ur-Rahman Sajjad Nomani who is a  world-known prominent Indian Islamic scholar, spiritual leader and guide and  author. He is also founder of many educational institutions.  Besides this, he is chief editor of Al-Furqan- which is a leading Islamic magazine in Urdu, and an alumnus of premier Islamic and modern educational institutes. He versed in both classical Islamic learning and modern disciplines

Maulani Nomani is also actively associated with organizations working for social upliftment and peaceful co-existence. He has discussed various critical issues of social and national concern with several Presidents, Prime Ministers, Chief Ministers, & other leaders of national repute. Internationally, he has formally as well as informally interacted with many global leaders in various fields, all across the socio-politico-economic spectrum including former General Secretary of UNO as well. He has delivered speeches at many important places such as United Nations Organization (U.S.), University of Leeds (U.K.), and Stanford University (U.S), Fatih University (Turkey).

Because of his kind nature and concern for the downtrodden people, the name Rahman Foundation and Shaikh Sajjad Nomani have become synonymous with charity, giving and social reform.

Overwhelmingly filled with social conscience about Covid-19 pandemic, whatever type of charity work the foundation supports, Sajjad Nomani  feels they have a moral duty to use what they have to help others; a sentiment very much rooted in his personal values and principles.

Having the power to improve the lives of others is, to him, a privilege, and one that comes with its own sense of obligation. Acting on these powerful feelings of responsibility the foundation is trying to reinforce his own personal values and feelings in a way that is true to his own ethical beliefs in such testing times humanity has experienced.

Till today Rahman Foundation has been working tirelessly in three states and their major cities providing Food and Ration kit to the needy.

Fifteen thousand plus needy families have received ration kit sufficient to fulfill their need for essential food items for fifteen days. This count is increasing on a daily basis. If we elaborate it, the total quantity distributed so far. 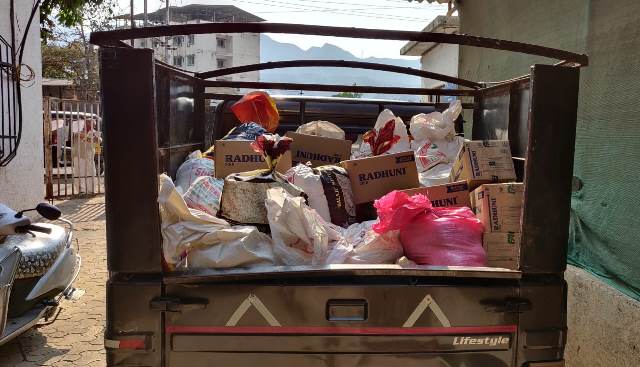 He expressed the hope that, “We will overcome this pandemic and humanity will thrive again.

Post Covid-19, the charity works of Rahman Foundation and Shaikh Sajjad Nomani will continue to help humanity overcome one difficulty to another.

Foundation   acknowledged to all the donors who came forward in this crucial time and donated whole heartedly for the relief work.