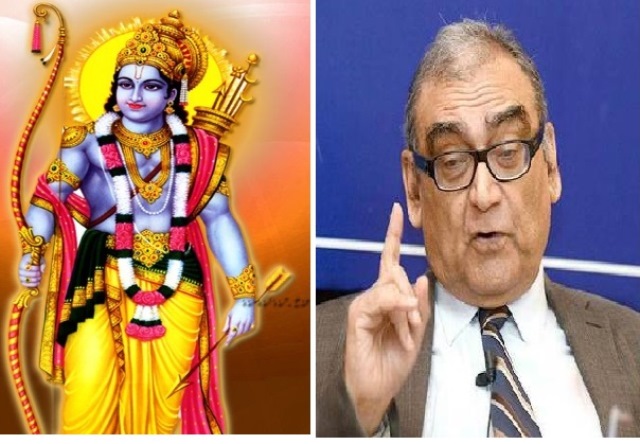 New Delhi : Justice Markandey Katju who uses social media to express his bold views came out with another claim about the biggest ‘God’ of Hindus. 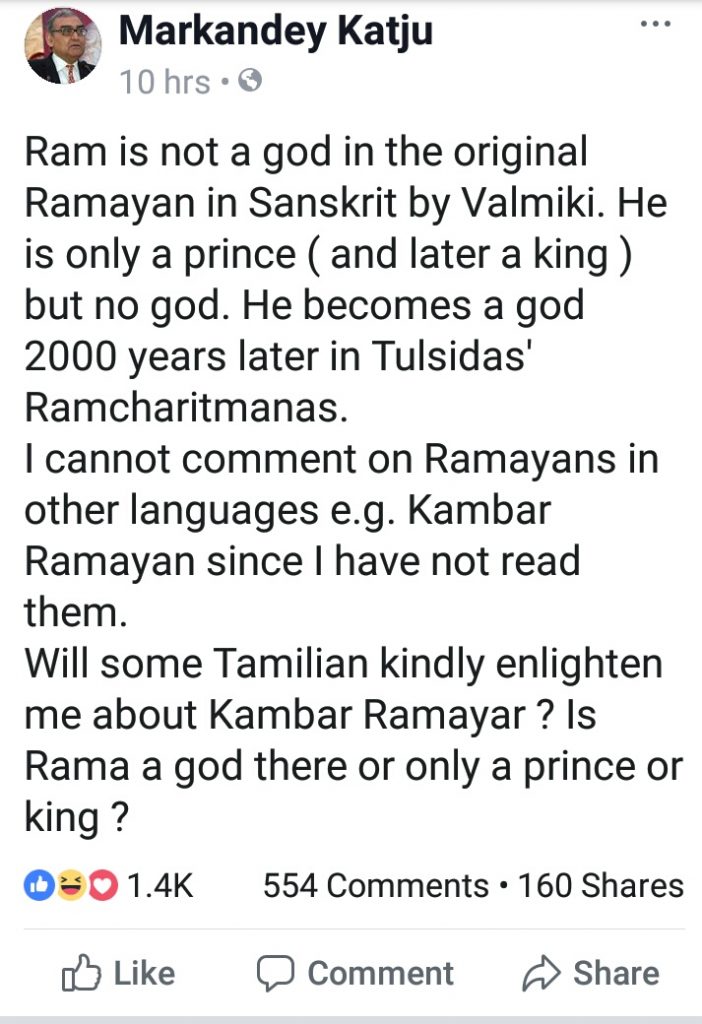 In his latest Facebook post the former judge of Supreme Court writes  ‘Ram is not a god in the original Ramayan in Sanskrit by Valmiki. He is only a prince (and later a king) but no god. He becomes a god 2000 years later in Tulsidas’ Ramcharitmanas.

‘I cannot comment on Ramayans in other languages e.g. Kambar Ramayan since I have not read them. Will some Tamilian kindly enlighten me about Kambar Ramayar ? Is Rama a god there or only a prince or king?’  he added.

Mr Katju who was also the Chairman of Press Council of India is known for his bold  and wild  statements in social media.

Modi ji, form a national government as you or your party can’t handle the problems: Justice Katju 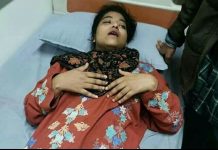 Ram is not God,  just a human being : Justice Katju