Ranchi : Jai Shri Ram seems no more a religious but political slogan with communal connotations. Three more Muslim youths were thrashed on Friday in Ranchi after a group of people attacked the youths and allegedly forced them to chant Jai Shri Ram.As per reports they were immediately admitted to hospital and have been discharged.

The youths, in their complaint filed with police, said they had gone to the airport road for taking photographs when a mob of 25-30 people from nearby Hethu village surrounded them, asked their names and then started abusing them in the name of religion.

The youths claimed they ran and took shelter in the Army Camp to save their lives. “The police was called, who saved us from the mob,” said Amir Wasim, one of the victims to the Indian Express.

The incident has triggered protests in the city and police personnel have been deployed to prevent any further escalation.

Community members blocked the MG Marg near Church Complex, demanding the immediate arrest of the culprits. Police rushed to the spot to control the situation. The community leaders continued to demonstrate till late in the evening.

In a similar incident of hate crime in Jharkhand, Tabrez Ansari was brutally beaten by a mob on the charge of bike lifting and asked to chant Jai Sri Ram and Jai Bajrang Bali. He died a few days later in jail. 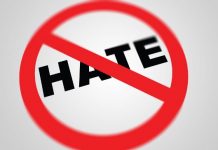 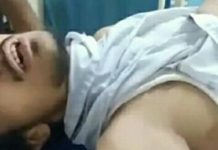 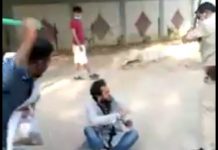