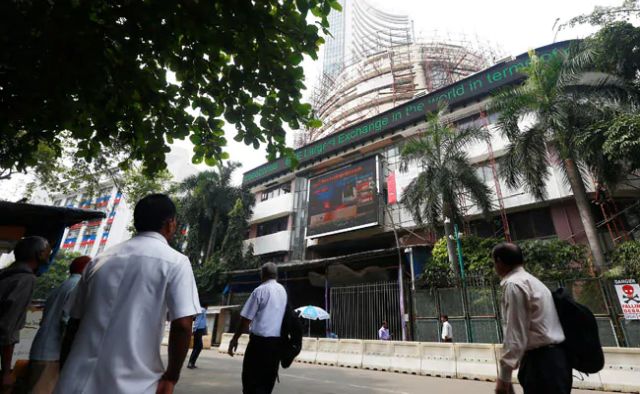 Mumbai : Hopes of lower interest rates and more liquidity on the back of easing retail inflation and the Reserve Bank’s outreach efforts and foreign fund inflows aided the barometer S&P BSE Sensex to gain over 150 points while NSE Nifty50 ended the session just short of 10,800 points.

On a sector specific basis, the rise was supported by healthy buying in the state-owned banking stocks after Reserve Bank of India Governor Shaktikanta Das on Thursday held a meeting with heads of Mumbai-based public sector banks.

Apart from banking stocks, most sectoral indices, especially interest-sensitive — auto and capital goods — shares on the BSE and NSE ended in the green.

“In anticipation of some firm measures by the new RBI Governor to ease the credit squeeze, the markets rallied in the morning but cooled off in the 2nd half on some profit booking,” said Essel Mutual Fund CIO, Viral Berawala.

“Stocks with rural focus also gained momentum on expectations of some pro-rural announcements by the central government.”

“Additionally, pick up in industrial production at 8.1 per cent supported the continuation of the rally. Ease in US-China tensions and the UK PM wining the vote of confidence brought stability in the global market.”

In terms of broader markets, the BSE Mid-cap rose 0.82 per cent while the BSE Small-cap was down 0.65 per cent. The BSE market breadth was positive with 1,493 advances against 1,058 declines during the day.

On the currency front, V.K. Sharma, Head PCG and Capital Markets Strategy, HDFC Securities, said: “Rupee started on a stronger note following better than expected economic data. The inflation for November came at 2.33 per cent from previous months’ 3.38 per cent, the slowest pace in 17 months.

“The sentiment got a boost on stronger domestic equity markets and weakening of the US dollar against G-10 currencies.”

“Technically, with the Nifty rallying higher for the third consecutive session, the bulls remain in control. Further upsides are likely once the immediate resistances of 10,839 are taken out,” said HDFC Securities’ Retail Research Head Deepak Jasani.

Stock wise, Yes Bank shares fell by 6.48 per cent, the most among the 30 shares on Sensex. Shares of the private lender declined steeply after its Board on Thursday could only finalise the Non-Executive Part-Time Chairman position.

Stock-wise, Wipro, Infosys, Kotak Mahindra Bank and Maruti Suzuki gained over 2 per cent. In contrast, Sun Pharma lost 2.12 per cent and TCS, Tata Steel and Adani Ports declined in the range of 1 to 2 per cent.