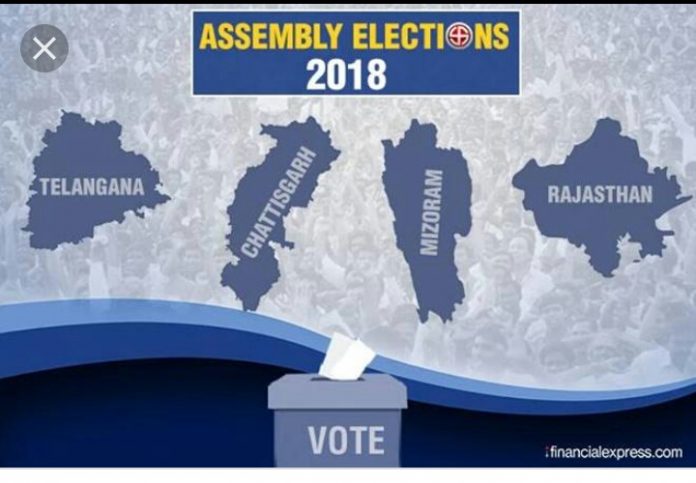 The outcome of elections held in five states of India, as announced yesterday, needs a cautious reading by those who aspire for secular India.

The Congress is jubilant for its major successes in Chhattisgarh, Rajasthan and Madhya Pradesh, though it has faced losses in Mizoram and Telangana. The Congress president Rahul Gandhi said that the Congress had defeated the BJP in these elections and it was poised to repeat the success in 2019 general elections. Political observers believe that the results may gravely affect BJP’s prospects in the parliamentary elections to be announced soon.

Still, there are reasons to remain cautious on this outcome.

The first thing is the EVM hacking. The results may be largely imagined as the perfect working of the EVM system. However, there is a visible gray zone. In his press conference, just after major trends of the election results were available, Rahul Gandhi was apprehensive about the voting machines. During the just concluded elections, many complaints regarding the EVM came in the public notice. The Congress workers had to guard these machines after the elections in many places, particularly in Chhattisgarh. It is possible that the hackers have purposefully tied their hands for the present elections to show their expertise during elections early next year and influence the democratic system for certain vested interests.

It is noteworthy that in Rajasthan and Madhya Pradesh, the winning margin of the Congress is very thin, both seat-wise and on the ground of vote share. The party has a divided leadership there. If this division goes on in public perception while forming the state governments and their performance during the next few months, it may lead to voter reversal. Even by a swing of one per cent in the electoral choice, BJP can register comeback in the general elections.

The third issue in this regard is the soft Hindutva image posed by the Congress during these assembly elections to counter the BJP appeal in the Hindu votebank. Seeing this success of the strategy and its entailing reliance on such a policy in future, the Congress may be ultimately forced to pursue the prevalent non-secular policies. This might defeat the very purpose of the ongoing electoral drift.

In spite of BJP’s success in 2014 due to the division of votes among secular parties, the Congress did not budge to the idea of alliances with BSP, SP, etc during these elections and had to remain contend with a very thin edge over its rival. If it goes on pursuing the same policy, its success in the elections, due next month’s, would be doubtful.

These and other reasons make it evident that the struggle for reconstructing secular India needs to be carried on with even stronger verve and activism, while not completely relying on the political outcome of the election results announced yesterday. They should boost up the spritis but not be the cause of contentment of any sort. For those who believe in secular India, the agenda is clear; to go on demanding ban on EVM and building pressure for secular alliances and working against the fascist forces.