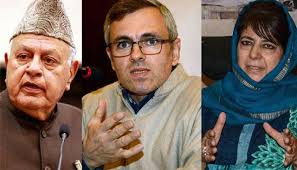 New Delhi, Jan 16 The Congress on Thursday slammed the Modi government”s plan to take 36 Union ministers to Jammu &amp; Kashmir, saying if it believes that everything is normal in Kashmir then it should release the detained Kashmiri leaders first.

Speaking to , Congress spokesperson Jaiveer Shergill said, “Either Modi government trusts the European MPs, who believe in going on tours and that was the reason why they were brought to Kashmir.”

He said that the government was taking its 36 ministers to Kashmir to mislead the people about the situation in the newly-created Union Territory. Slamming the government for putting the opposition leaders under house arrest, Shergill said, “They have made Kashmir as a zoo, where the opposition leaders have been put under house arrest. And now they are taking their leaders to visit the zoo.”

Taunting the BJP government, the Congress leader said, “If the government wants to bring the situation in Kashmir to normal then they need to release the opposition leaders and pay damages to the people of Kashmir whose businesses have suffered in last five months.”

He also said that the government also needs to rework the image of the country after putting Kashmir under a communication blackout.

Slamming the BJP-led NDA government, Shergill said that the government is only “champion in headline management” and they are zero on the economic front and they have no focus on national security and Kashmir.